Mount Kilimanjaro from Above 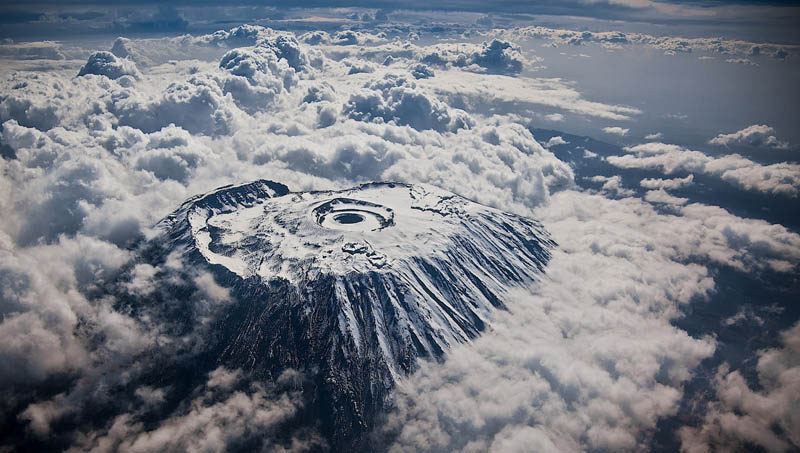 This incredible aerial photograph of Mount Kilimanjaro was posted yesterday to Reddit, by user ninjao. He states the shot was taken by his friend who has now been identified as the very talented, Kyle Mijlof (thanks Mark!)

Kilimanjaro is a giant stratovolcano that began forming a million years ago, when lava spilled from the Rift Valley zone. Two of its three peaks, Mawenzi and Shira, are extinct while Kibo (the highest peak) is dormant and could erupt again. The last major eruption has been dated to 360,000 years ago, while the most recent activity was recorded just 200 years ago. [Source: Wikipedia]