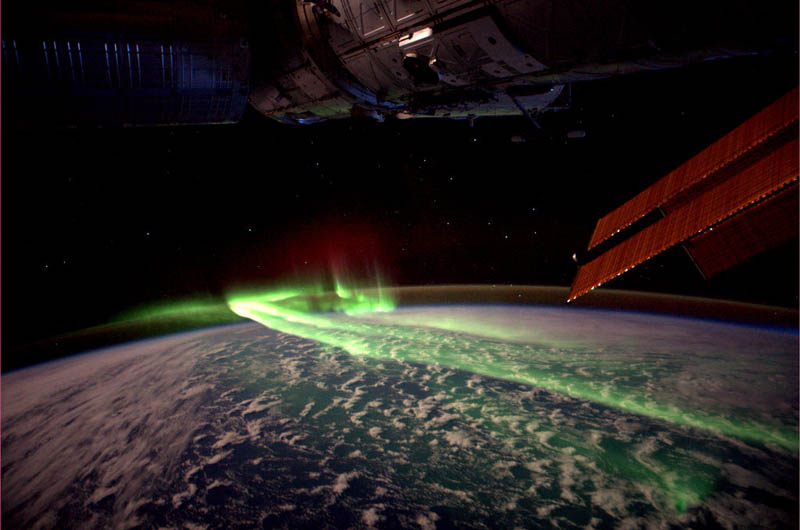 In this incredible shot taken from the International Space Station on March 10, 2012 by Dutch astronaut André Kuipers, we see an absolutely breathtaking view of Aurora Australis (the Southern Lights) between Antarctica and Australia.

An aurora (plural: aurorae or auroras) is a natural light display in the sky particularly in the high latitude (Arctic and Antarctic) regions, caused by the collision of energetic charged particles with atoms in the high altitude atmosphere (thermosphere). The charged particles originate in the magnetosphere and solar wind and, on Earth, are directed by the Earth’s magnetic field into the atmosphere.

In northern latitudes, the effect is known as the aurora borealis (or the northern lights), named after the Roman goddess of dawn, Aurora, and the Greek name for the north wind, Boreas, by Pierre Gassendi in 1621. Its southern counterpart, the aurora australis (or the southern lights), has almost identical features to the aurora borealis and changes simultaneously with changes in the northern auroral zone and is visible from high southern latitudes in Antarctica, South America, New Zealand and Australia. [Source: Wikipedia]