In a project that spanned nearly a decade (2007-2014), artist Walead Beshty used FedEx to ship laminated glass boxes—which he constructed to the exact dimensions of standard FedEx boxes.

Fueled by his interest in how art objects acquire meaning, Beshty’s FedEx works record their movement from place to place, in both the shattering patterns left behind on the glass box, and the shipping labels on the FedEx packaging. Beshty’s motivation in this series is also to comment on the “perversity of a corporation owning a shape,” as the boxes are proprietary volumes owned by FedEx. [source]

Each time the project was exhibited the glass boxes were placed back inside the original FedEx packages and shipped again. So each time it was displayed it took on a new form.

Below you will find photos of the exhibit over the years along with a brief video interview about the project that Beshty did with the Whitney Museum. 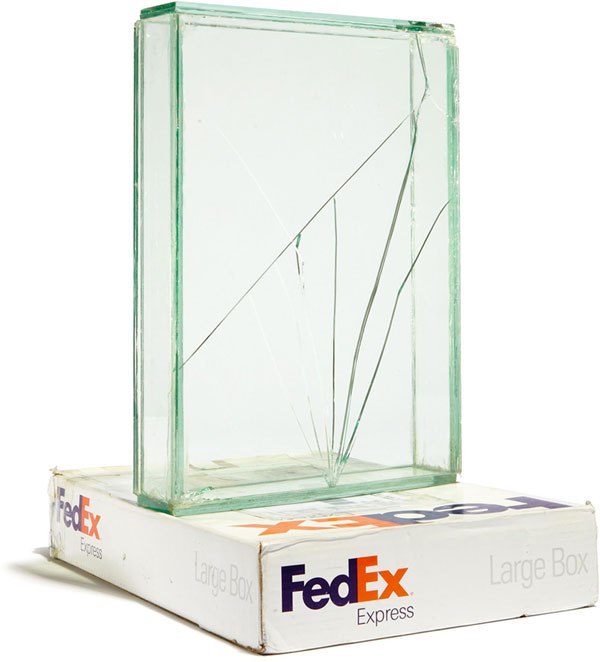 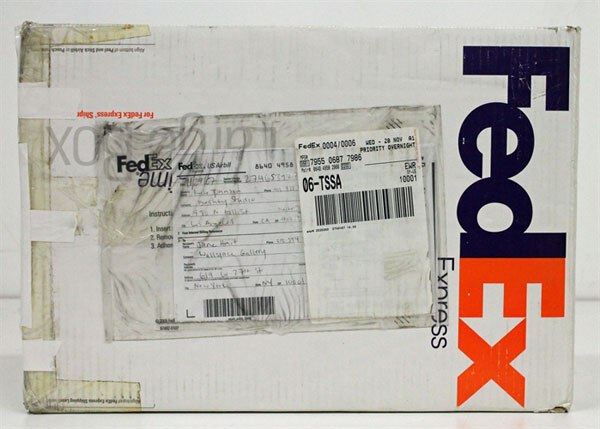 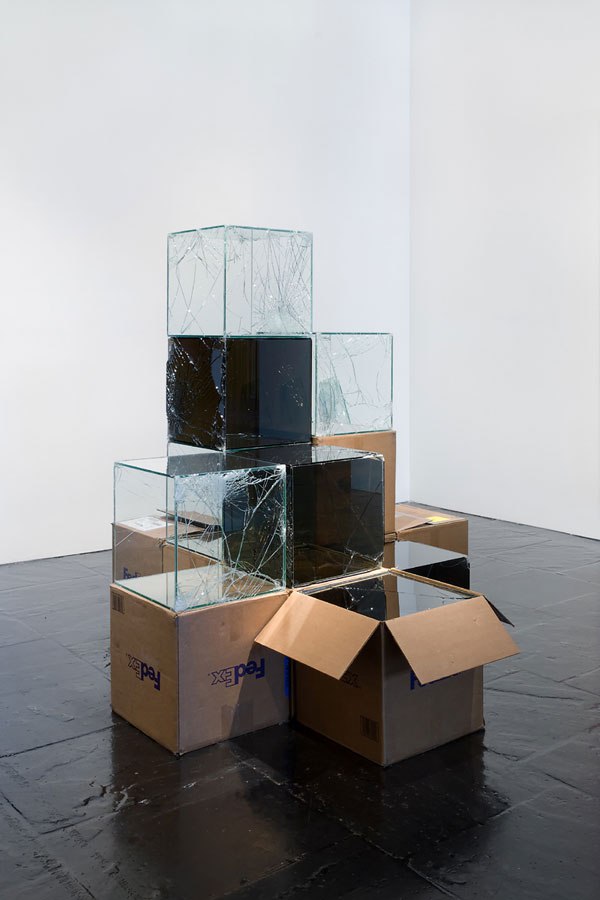 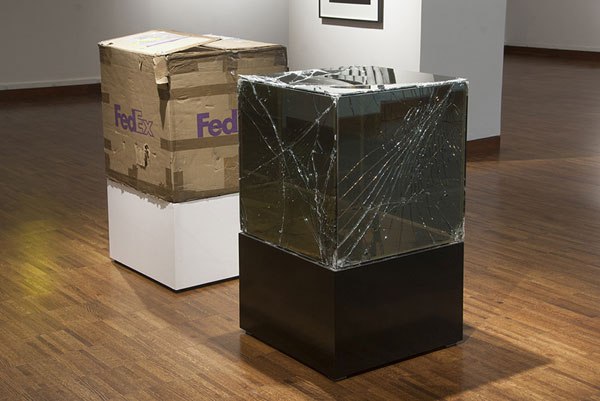 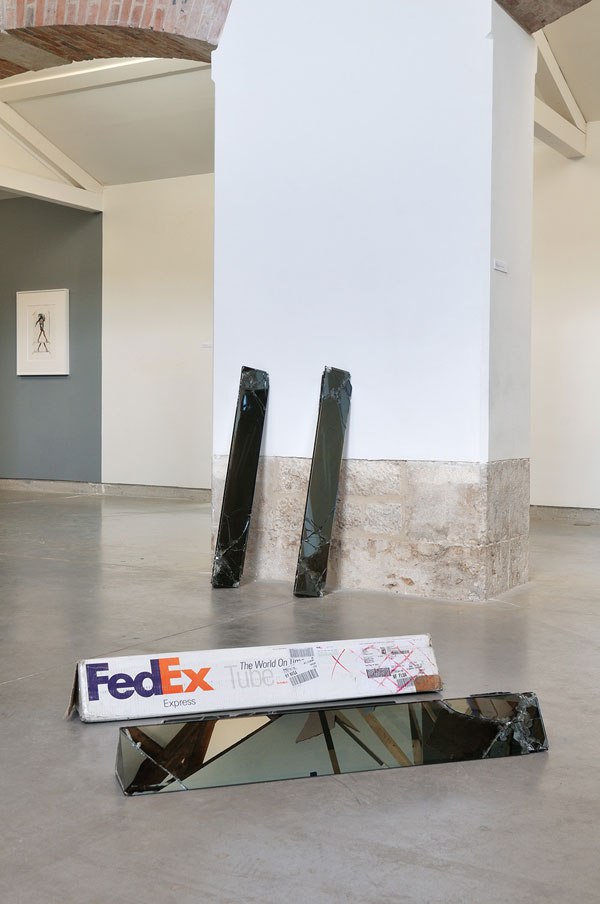 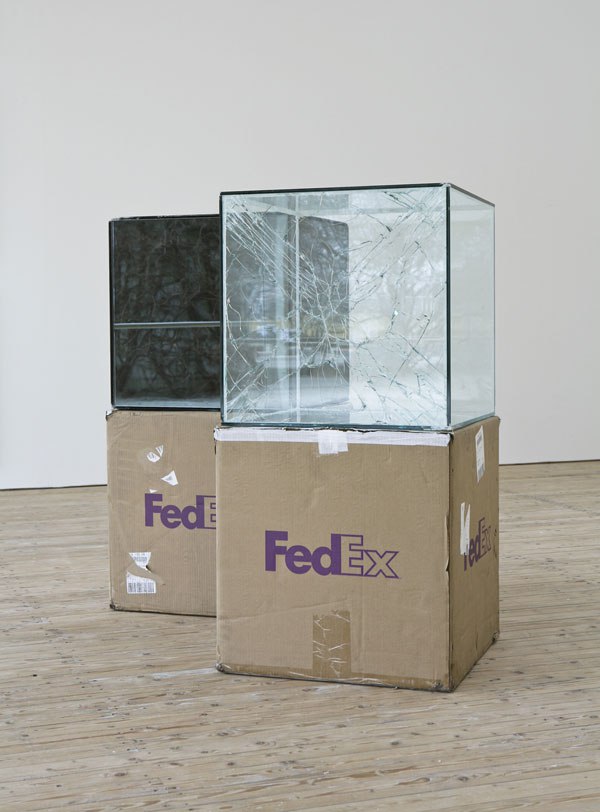 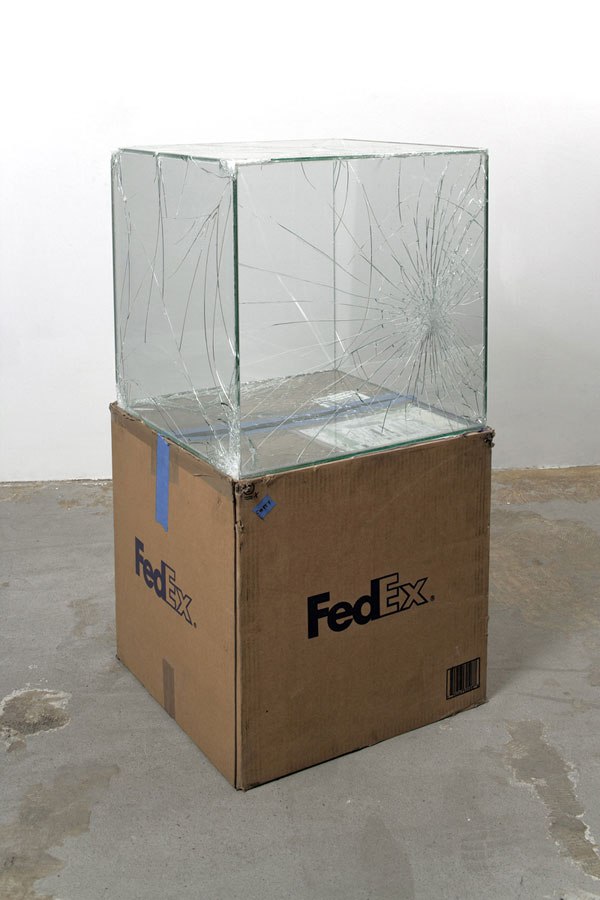 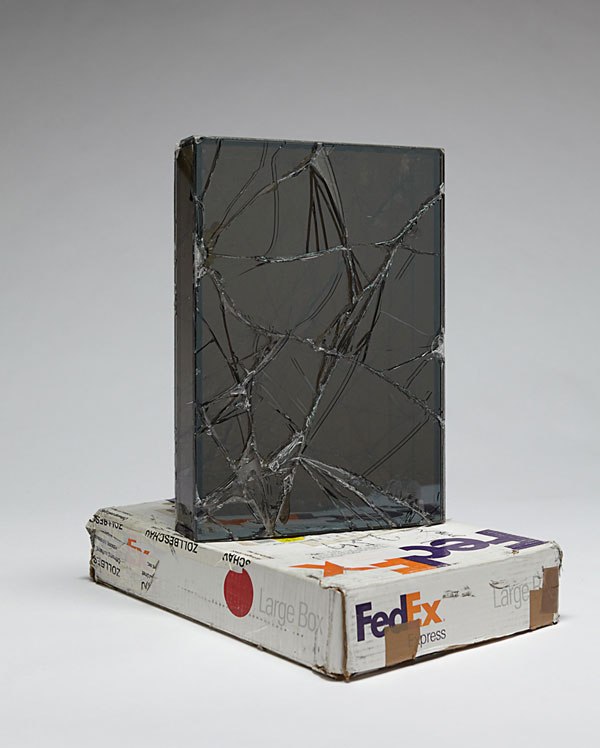