A Flattened View of the Incredible Sistine Chapel Ceiling

Painted between 1508 and 1512, the Sistine Chapel ceiling by Michelangelo is regarded as a cornerstone work of High Renaissance art.

Central to the ceiling decoration are nine scenes from the Book of Genesis. To reach the chapel’s ceiling, Michelangelo designed his own scaffold, a flat wooden platform on brackets built out from holes in the wall near the top of the windows, rather than being built up from the floor.

Michelangelo painted in a standing position which put tremendous strain on his body and especially his neck. The painting technique used was fresco, where paint is applied to damp plaster. The chapel itself is 40.9 metres (134 ft) long and 14 metres (46 ft) wide. The ceiling rises to 13.4 metres (44 ft) above the main floor of the chapel.

In the amazing photo below by Wikipedia user Qypchak, we see a flattened view of the ceiling along with a brief guide to the various scenes portrayed. You can find a complete overview of the artwork and the stories depicted on Wikipedia. 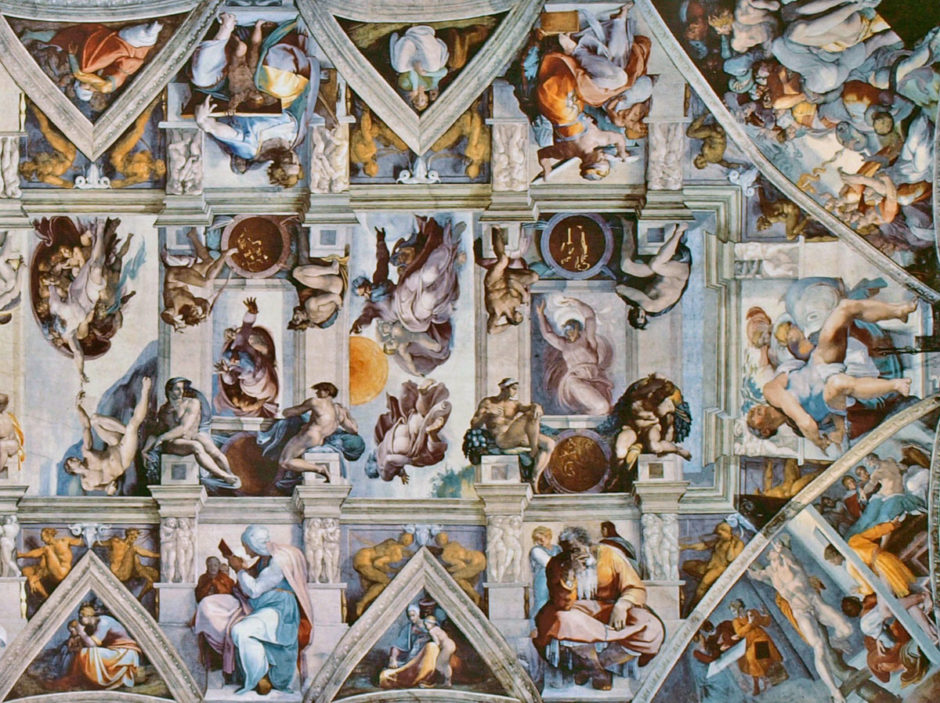 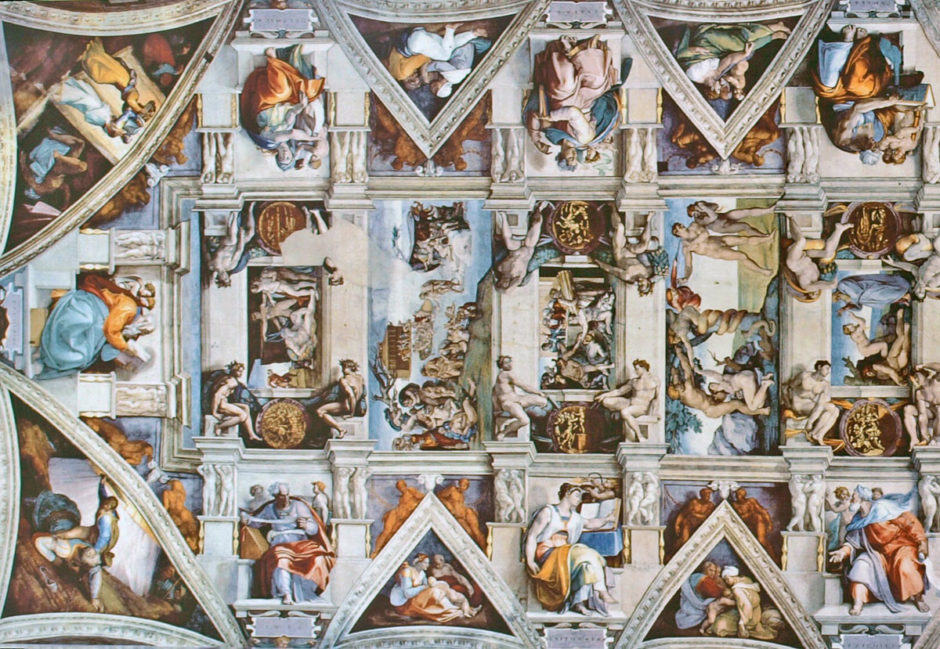 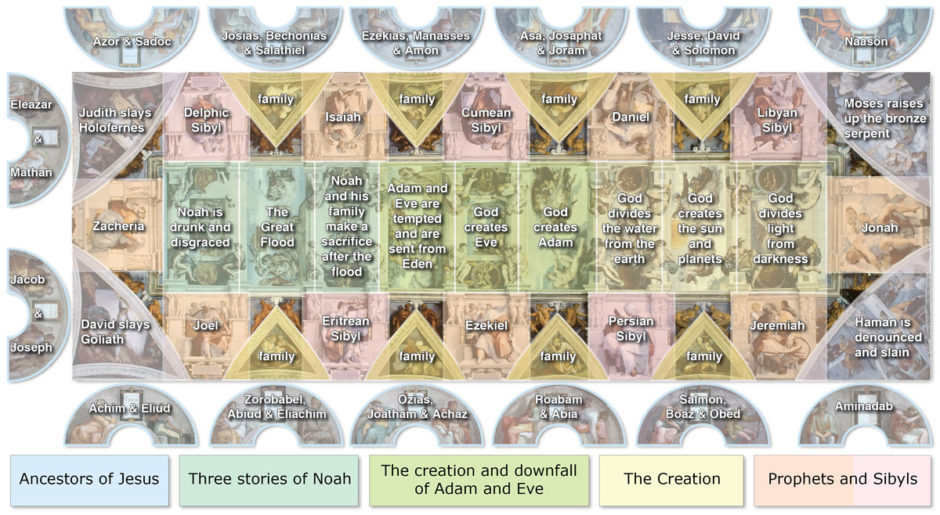