It is the first giant panda subspecies to be recognized. It differs from the more familiar nominate subspecies by its smaller skull and dark brown and light brown (rather than black and white) fur, and its smaller overall size.

There are an estimated 200–300 Qinling pandas living in the wild. There have only been five sightings of brown-white pandas since 1985.

Qizai was abandoned by his mother at only two months old. The neglected cub was taken to a nature reserve in the Qingling Mountains in China, and people are quickly falling in love with the bear. 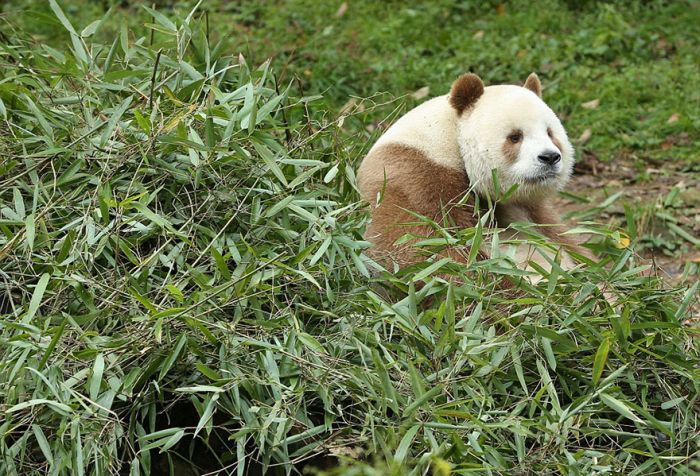 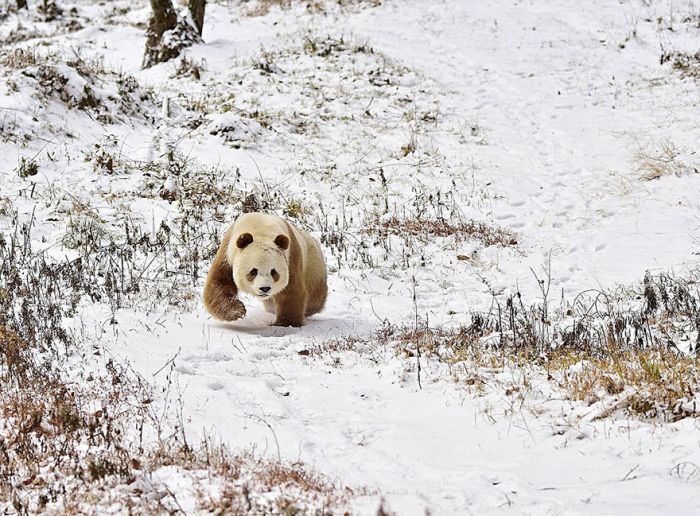 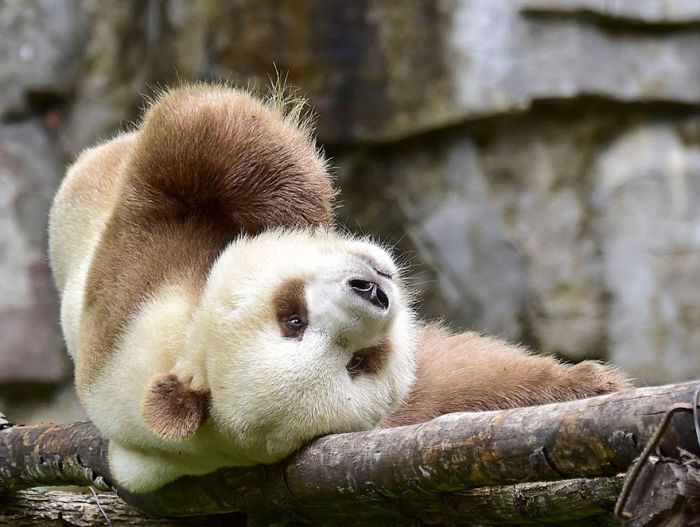 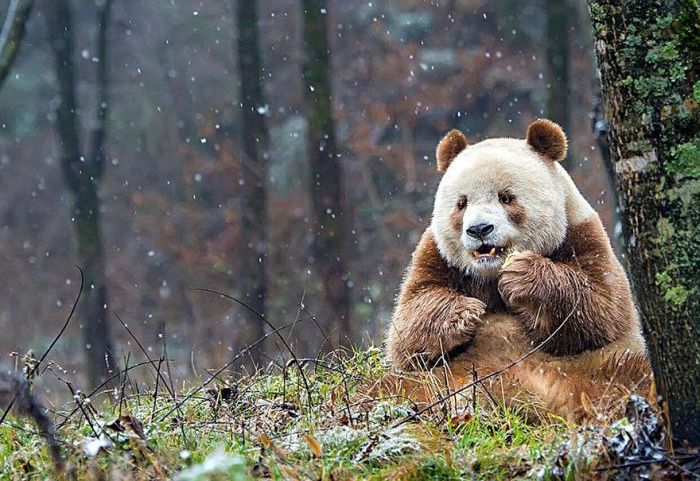 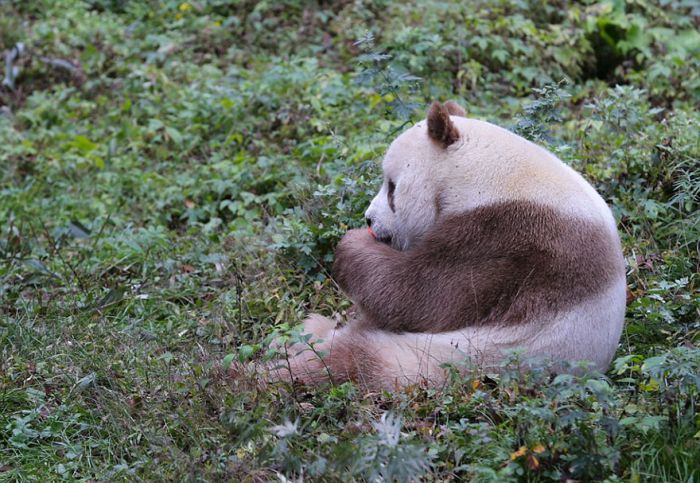 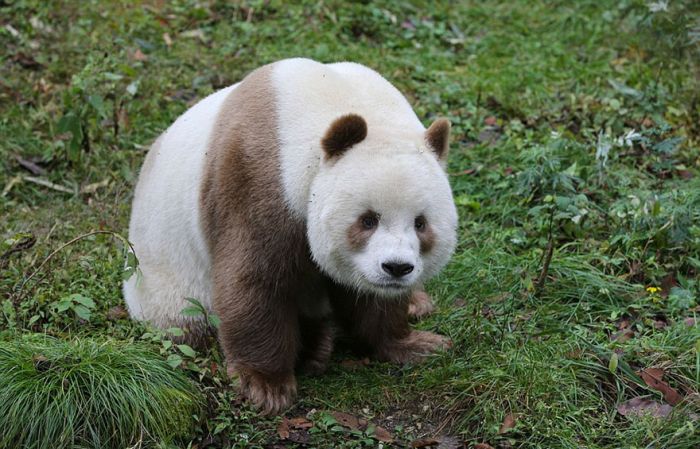 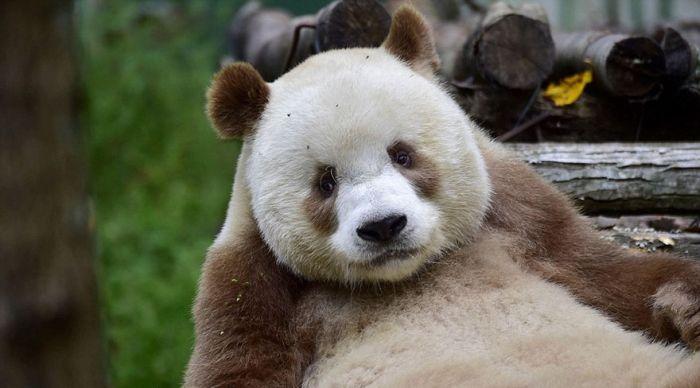 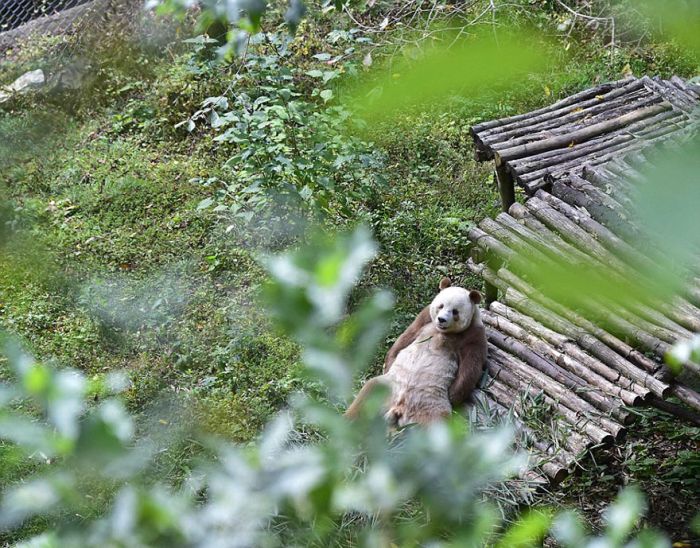 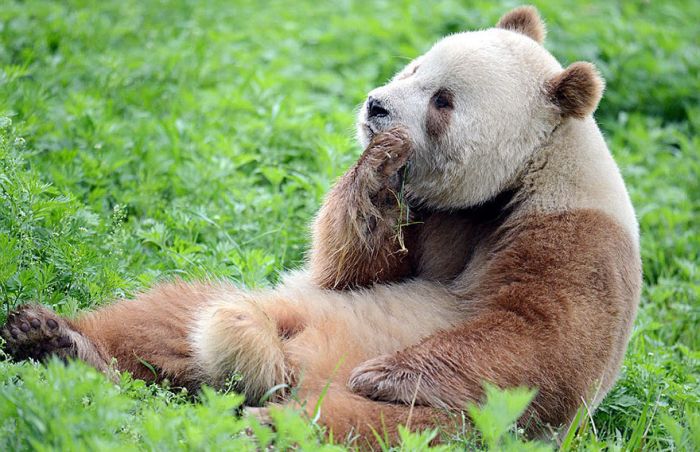 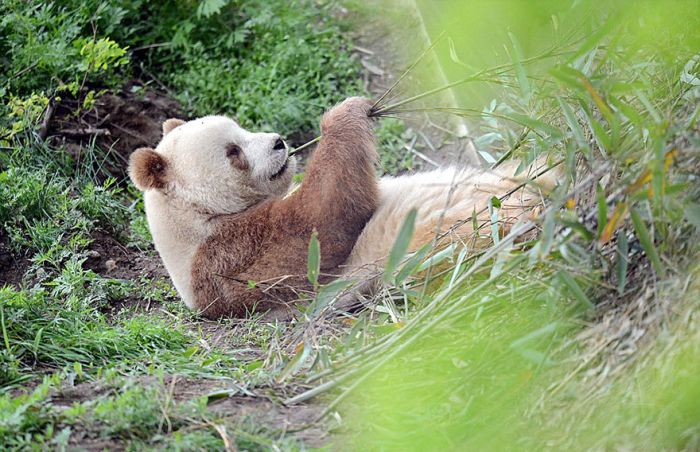