The city where everyone wears a gas mask (7 pictures)

Miyakejima, a small island located in southeast Japan. Despite the high level of volcanic activity that causes poisonous gas to leak from the earth that forced the 3,600 island residents to evacuate in 2000.

For five years, Miyakejima was declared off-limits, with the barren island resembling a post-apocalyptic world: all dead trees, rusted cars, and abandoned buildings. For two years after the eruption, Mount Oyama continued to emit 10,000 to 20,000 tons of sulfuric dioxide gas from its summit daily. Slowly though, the evacuation order began to lift, and in 2005 citizens were allowed to return to their homes. Though some opted to remain in their relocated houses in Tokyo, about 2,800 chose to return, laden with gas masks and dire warnings about noxious gas still seeping through the land. 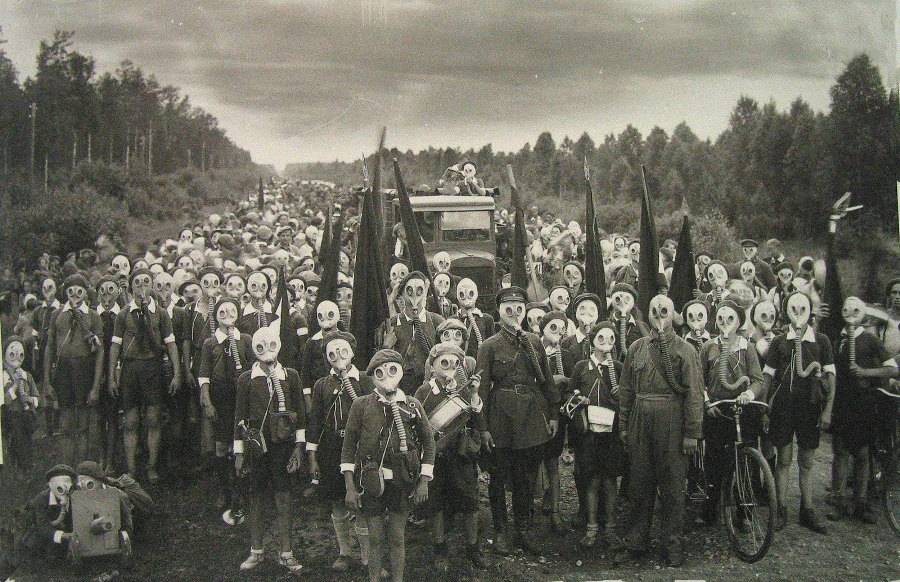 Regardless of the dangers posed by living in the gas-soaked village, locals and tourists are in abundance. Gas mask tourism is a huge draw card for the region, with disposable masks sold at ferry stations and local stores. The volcanic destruction is also a money spinner, with sight-seeing tours of abandoned houses, flattened cars and a school gym half-destroyed by lava, as well as hot spring baths.