The “Early Years” of Western Bodybuilding are considered to be the period between 1880 and 1953.

Sandow organised the first bodybuilding contest on September 14, 1901 called the “Great Competition” and held in the Royal Albert Hall, London, UK. On 16 January 1904, the first large-scale bodybuilding competition in America took place at Madison Square Garden in New York City. The winner was Al Treloar and he was declared “The Most Perfectly Developed Man in the World”. 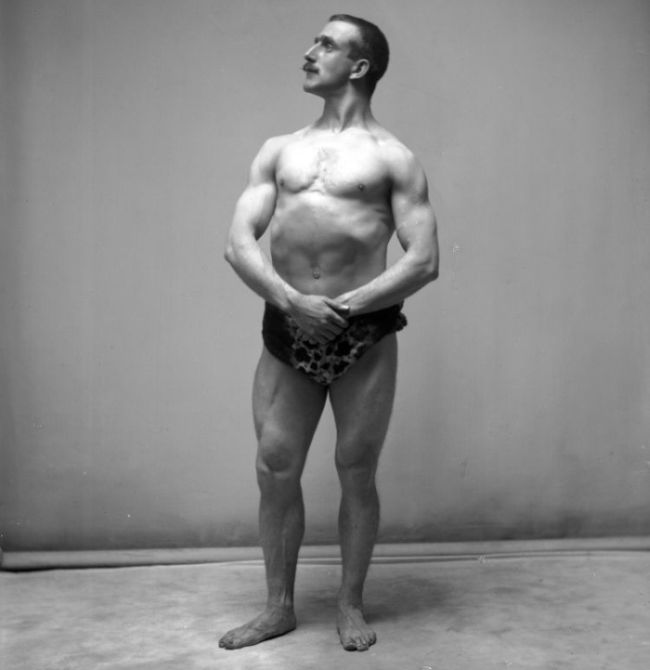 Bodybuilding became more popular in the 1950s and 1960s with the emergence of strength and gymnastics champions joining the culture, and the simultaneous popularization of muscle training, most of all by Joe Weider, whose advertising in comic books and other publications encouraged many young men to undertake weight training to improve their physiques to resemble the comic books’ muscular superheroes.

In the 1970s, bodybuilding had major publicity thanks to Arnold Schwarzenegger, Franco Columbu, Lou Ferrigno and others in the 1977 film Pumping Iron. This period also saw the rise of anabolic steroids used both in bodybuilding and many other sports. In bodybuilding lore, this is partly attributed to the rise of “mass monsters”, beginning with Arnold Schwarzenegger, Sergio Oliva and Lou Ferrigno in the late 1960s and early 1970s and continuing in the 1980s, 1990s and 2000s with Lee Haney, Dorian Yates,Ronnie Coleman and Markus Ruhl. Also the emergence of bodybuilders such as Greg Kovacs, Paul DeMayo and Victor Richards who, while not being particularly successful at the pro level, attained mass and size at levels that were not seen previously. [source]