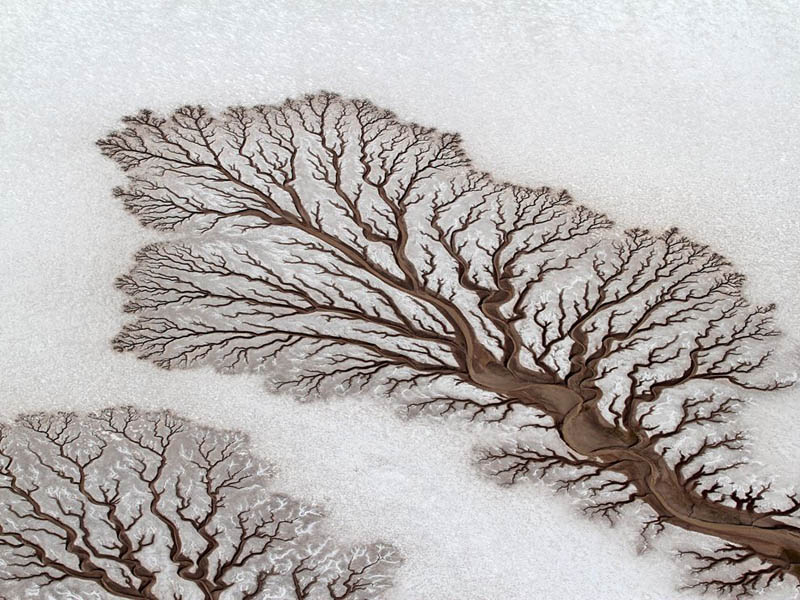 This incredible aerial photograph by Adrian Franco was selected as National Geographic’s Picture of the Day for April 9, 2012. In it we see the incredible fractal patterns rivers (now dried out) have made as they spread into the salt flats of the Baja California Desert in Mexico.

These patterns are nearly identical to the Lichtenberg Figures that result from an electrical discharge (e.g., scars from people struck by lightning have the exact same patterns).