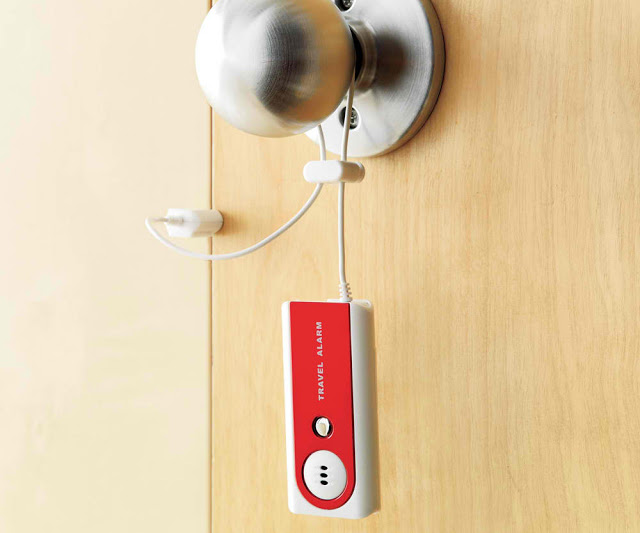 If you’ve been thinking about alarm systems, you definitely love your properties. You want your home protected from burglars and get alarmed in case of fires. You probably have expensive items and valuable files in your office and wouldn’t want anyone messing with them. Wireless alarms have got you covered.

How do they work?

Alarm systems are of different types. A fire system works slightly different from a burglar-alert system. But at the center of all systems is a similar concept that involves sensors, radio-frequency signals or high-voltage hardwires. When a voice is heard or the heat in the room exceeds a certain temperature, you are alerted immediately. Most alarm systems come with some or all of the following:

The motion sensors are placed outside doors or on the window panes where strangers typically enter through. They can also be placed outside the gate or around a perimeter fence. The sensors communicate with the control panel when motions are detected. The panel then triggers a high-decibel siren or alarm.

Some alarm systems alert the homeowner instead of triggering a siren. When a stranger or fire is detected, you get an instant message alongside a screenshot of the stranger. Each of the main parts of an alarm system does a lot more work though.

The control panel is the brain of the whole system. It activates and inactivates the security systems, communicates with the sensors and sends alerts to you. Of course, the panel can only do what it’s programmed to do. But most of them serve as the center of the alarm system.

Most control panels feature a touchpad or a button-controlled pad for easy interaction. You must enter a security code to get access to the system. If anyone enters the wrong code repeatedly, you are alerted or it prompts the siren to sound. Some systems work based on voice commands or can be activated through your cell phone.

Motion sensors work in a variety of ways. An active motion system uses ultrasonic sound waves to detect a person walking. The sensors then send a signal to the control panel that activates a system. These kinds of sensors are also common with garage doors where they detect someone approaching and opens up the doors.

There are a lot of places you can set the sensors. The doors and windows are the most common areas. When someone pushes the door open, the sensor triggers a signal to the control panel. The sensors often act as part of a circuit

Some alarm systems are configured to include surveillance cameras for the corners your motion sensors may not reach. You can also install the cameras in entryways so that you get images of the strangers trespassing into your property unannounced.

A good security alarm should loud enough for all your neighbors to hear. That way, anyone in your home should be alerted when the siren goes off. If you have good neighbors, they can also hear the siren and have a look at your home.

The best wireless alarm systems have sirens with 100+ decibels. Some are less noisy but compensate for it with text alert systems. When the alarm goes off, everyone around your property can hear the noise. And at the same time, you get notified about it.

Before you have an alarm go off, you want to alert anyone approaching your house to keep off. Yard signs also prevent burglars because they notify them that your home is secured. Anyone who decides to break in after seeing the signs already know there will be consequences.

Benefits of Securing your Home with Alarm Systems

The biggest benefit of securing your home is that you have your valuables protected. Your furniture, hard to find jewelry, artwork, and electronics are secured in case of a home invasion. Some alarm systems alert professional security companies. If burglars invade your home after the alarm goes off, they are alerted to safeguard your home.

Those yard signs you are instructed to install on your windows not only deter wannabe criminals. But they also help reduce crime in the long run. At least one study has confirmed crime goes down in neighborhoods where people have wireless alarm systems installed.

Can be Accessed Remotely

When you go on vacation, you don’t have to keep worrying about your home could be invaded. With a good alarm system, you have access to everything happening your home on your tablet. You can get images of your living room and see if anyone has tried burglarizing.

You can Forego Insurance

Having a security system in your home can lower your home insurance by up to 20%. Insurance companies understand your house is less likely to be burglarized when you have alarm systems. Without security, the companies interpret your home is a target of criminals and hence you pay more.

Alerts you In case of Fire

You probably would want to know if something as perilous as fire attacks your home. A good alarm system can alert you when that happens. You can also have the alarm notify authorities when smoke is detected. That way, the right people get to your home first and fight the fire before it causes a lot of damages.

Wireless alarm systems are an inexpensive addition to your home that could be life-saving. By using motion sensors and control panels, you get alerted when strangers break into your home. If the systems have surveillance cameras, you can monitor your home. But even without cameras, the alarms prevent home invasions and help you reduce insurance payments.