Built in 1487, Duke Humfrey’s Library is the oldest reading room in the Bodleian Library at the University of Oxford.

Duke Humfrey’s Library is named after Humphrey of Lancaster, 1st Duke of Gloucester, a younger son of Henry IV of England. He was a connoisseur of literature and commissioned translations of classical works from Greek into Latin. When he died in 1447, he donated his collection of 281 manuscripts to the University of Oxford. 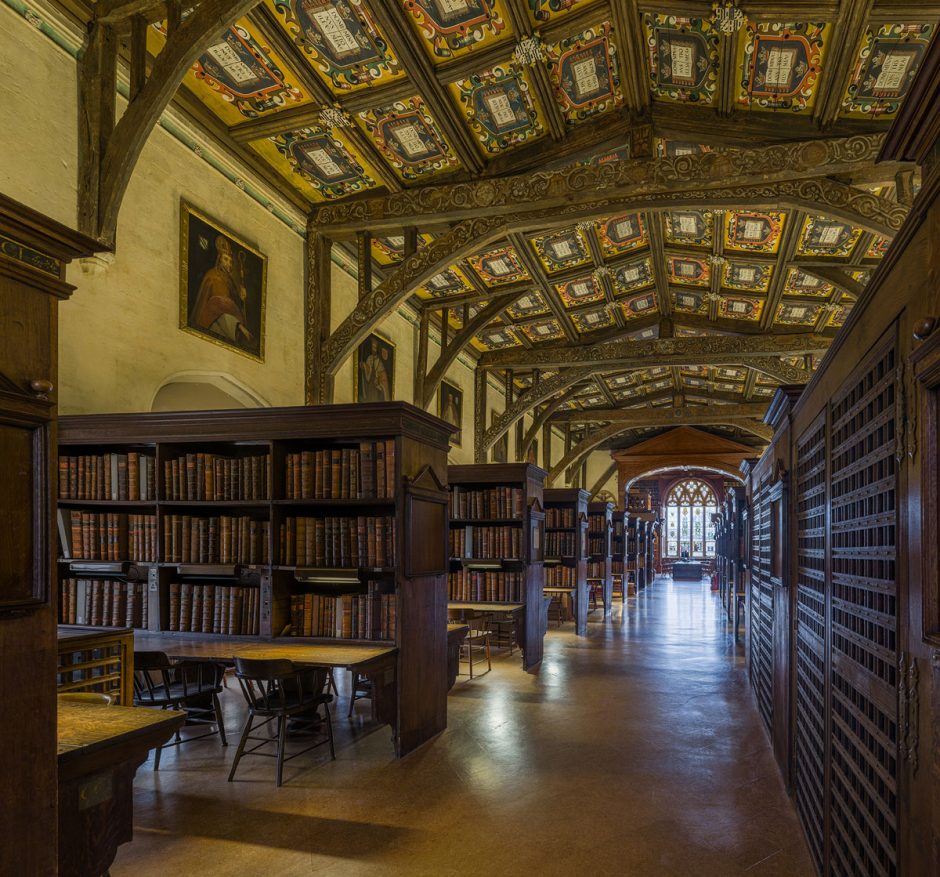 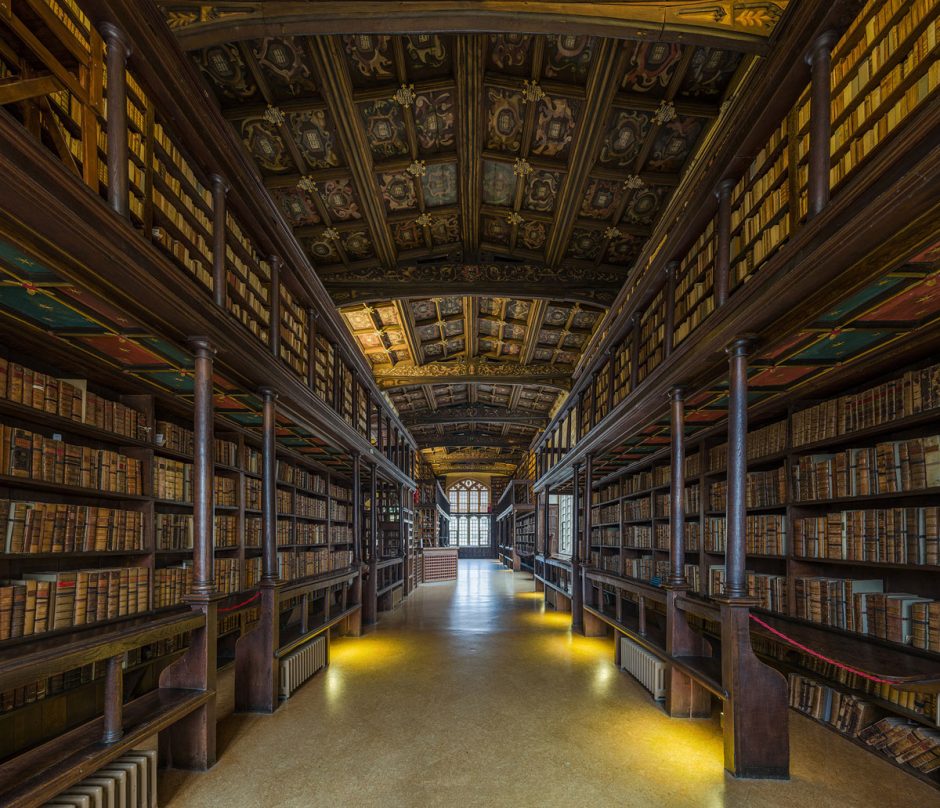 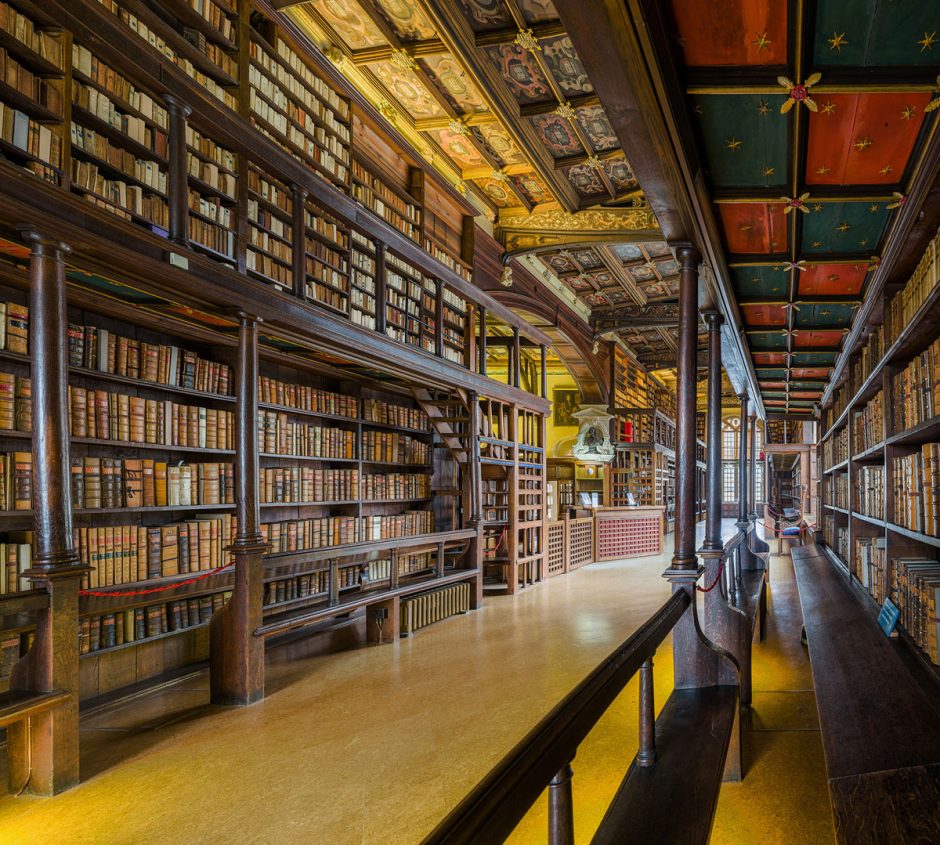 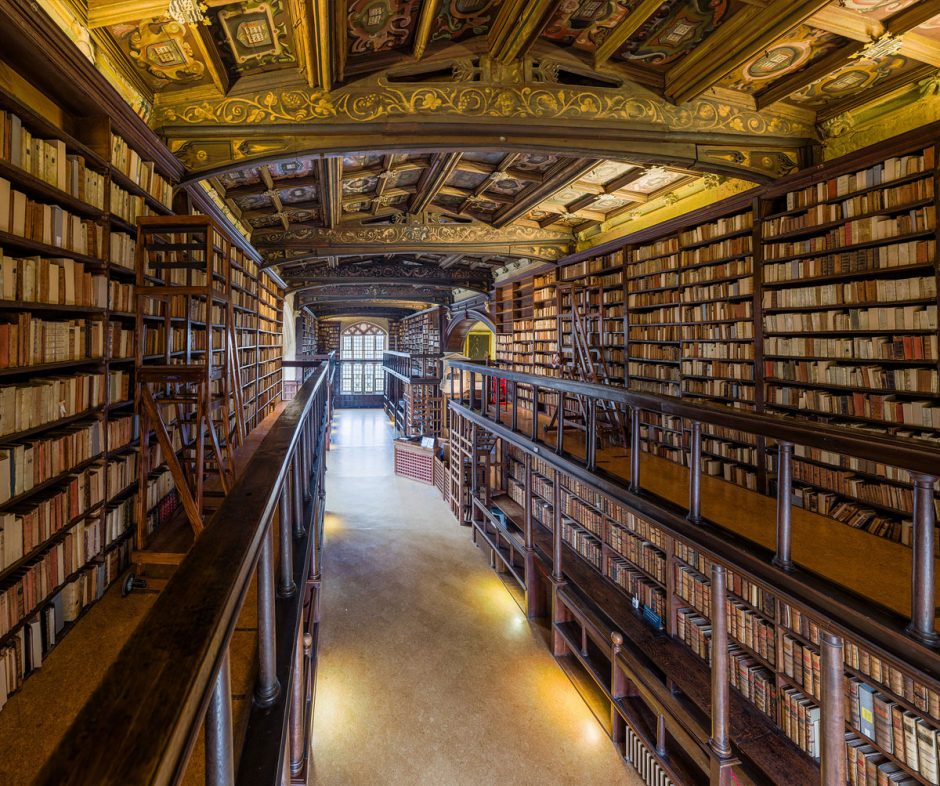 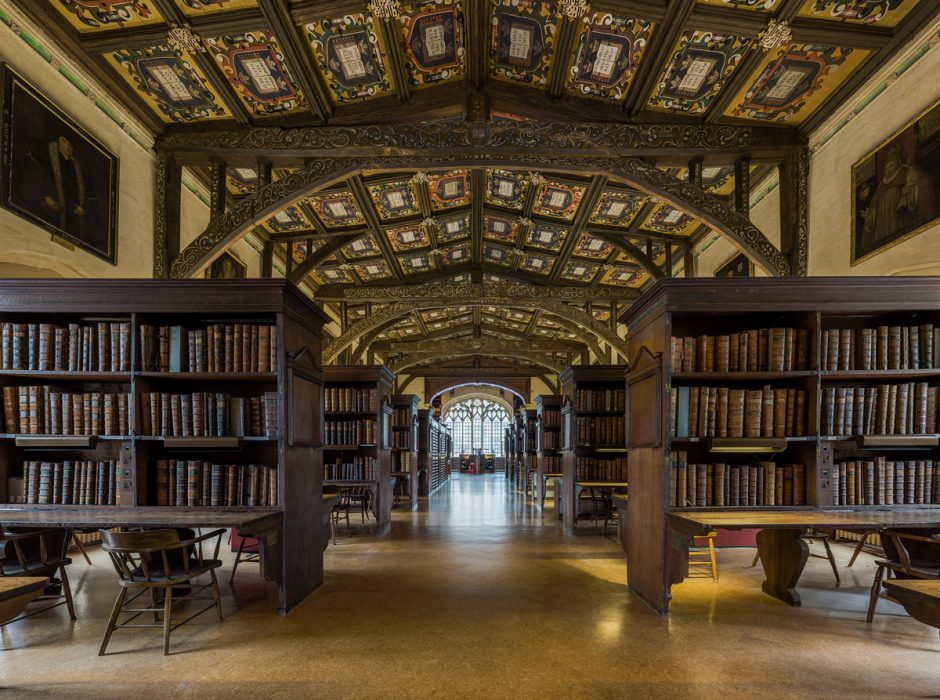 Photographer David Iliff, who took this incredible series of images and shared them on Wikipedia adds:

This collection of images of the Bodleian Library in Oxford, while not of the most impressive library interior, are actually extremely rare, and most likely the best images of the interior available anywhere online.

Photography of this library, which dates as far back as 1487 during the Medieval period, is usually completely prohibited as it contains many priceless original books, including manuscripts of the gospels of the Bible from the 3rd century, a Shakespeare First Folio and a copy of the Gutenberg Bible (one of 42 left in the world).

I was only allowed to publish these images on the condition that they be limited to 4 megapixels in resolution so unfortunately this is as detailed as they get. Although I do have 40 megapixel images on my hard drive, that’s where they will have to remain. [source]