If you like your dogs big and fluffy, take a peek at the beautiful creatures known as Tibetan Mastiffs. As are most dogs of a large size, Tibetan Mastiffs are gentle giants. They are loveable, loyal, patient, and protective, and do well in families where they can be both a protector and a loyal friend. They were bred for centuries to be guard dogs for livestock and homes, making them both fiercely independent and incredibly loyal to their families. They thrive with other canine companions, but need serious obedience training to socialize them to strangers and other dogs. Technically the word “mastiff” is a misnomer when referring to this breed, as they were bred in Tibet but the name came from European visitors who simply applied the term to all large dogs. A more accurate name would be the Himalayan Mountain Dog, as the dogs were bred to be hardy and strong to survive the high altitude conditions of the Himalayas.

The Tibetan Mastiff has a double coat, similar to that of a Siberian Husky or an Alaskan Malamute. This double coat helps to keep the dog warm in the winter by repelling the cold temperature, it does the same in the summertime- providing a protective barrier for the skin against high temperatures. Tibetan Mastiffs will shed somewhat throughout the year, as do most dogs, but will have a large shed, called “blowing the coat” once in the winter and once in the summer. Tibetan Mastiffs can grow to be between 100 and 160 pounds, and are typically about 33 inches tall, with their bodies slightly longer than they are tall. Their heads are typically large, with floppy ears, a square muzzle, and a somewhat wrinkled face. They carry their thick, fluffy tails in an arch over their backs, similar again to the working winter breeds such as huskies and malamutes. Their coloring can be anywhere from black to tan, to shades of red or grey. Take a peek through a gallery of some of these beautiful and majestic creatures: 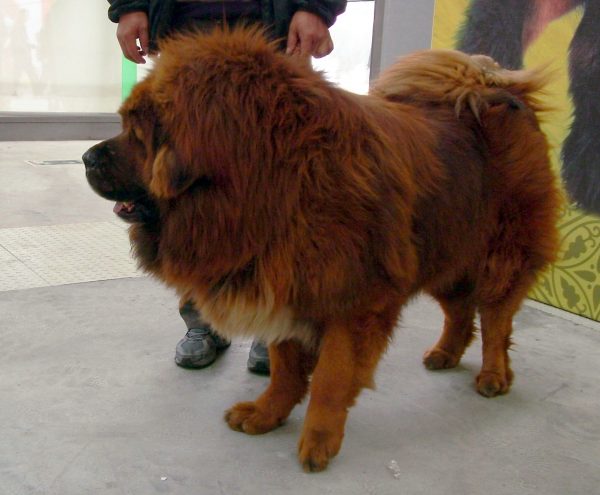 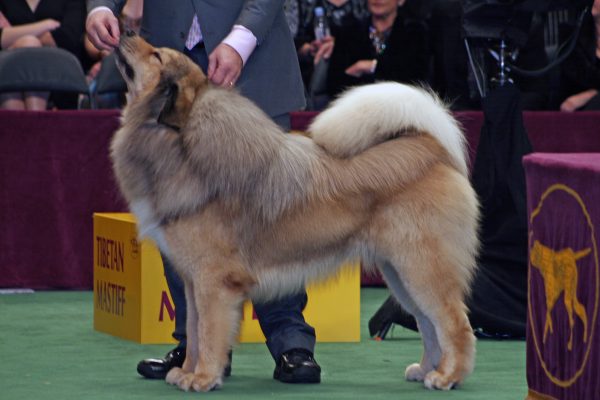 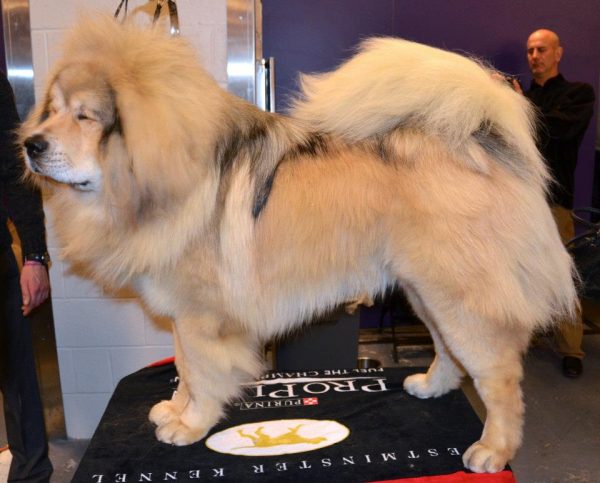 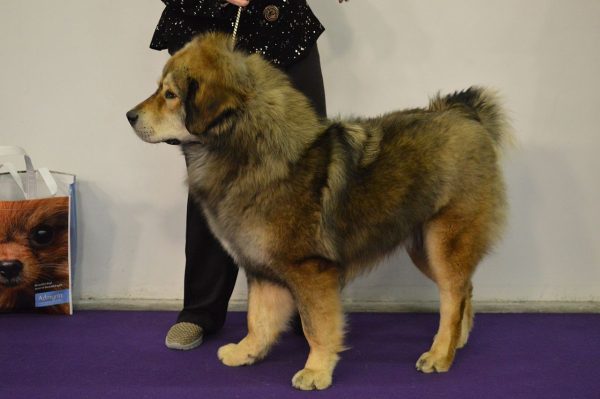 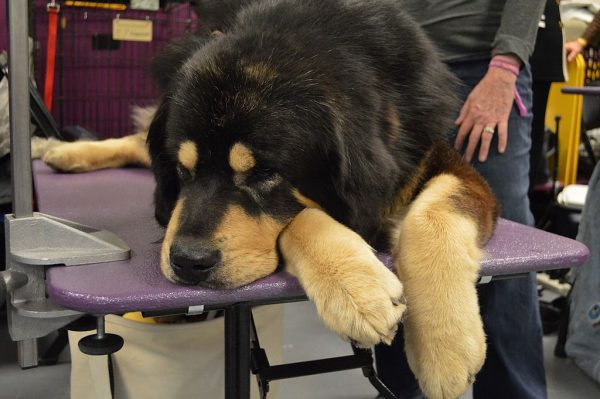 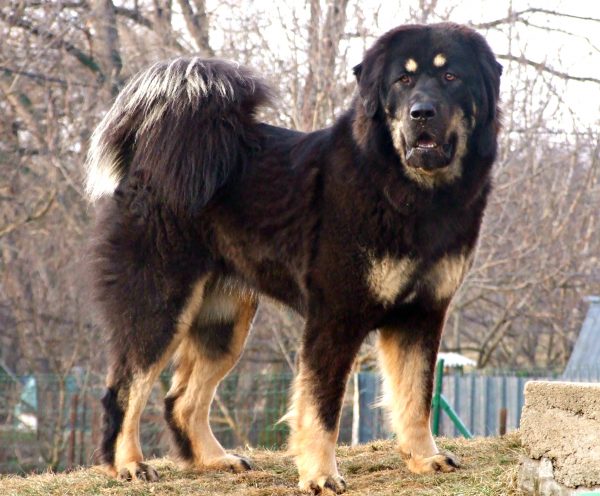 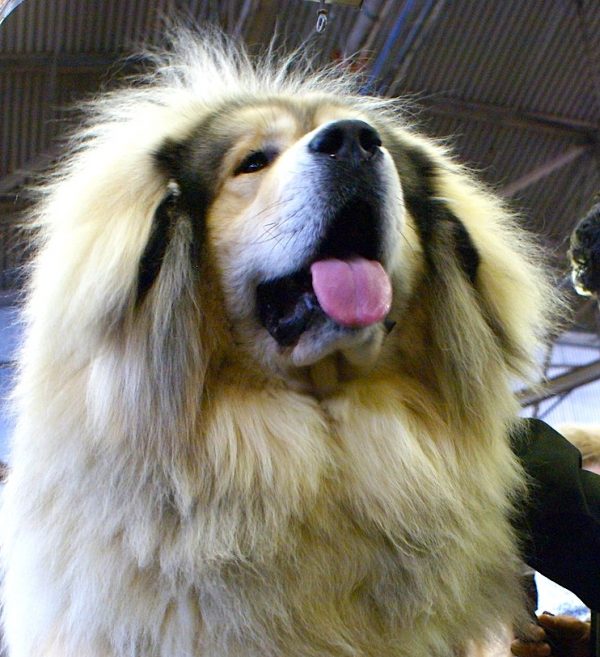 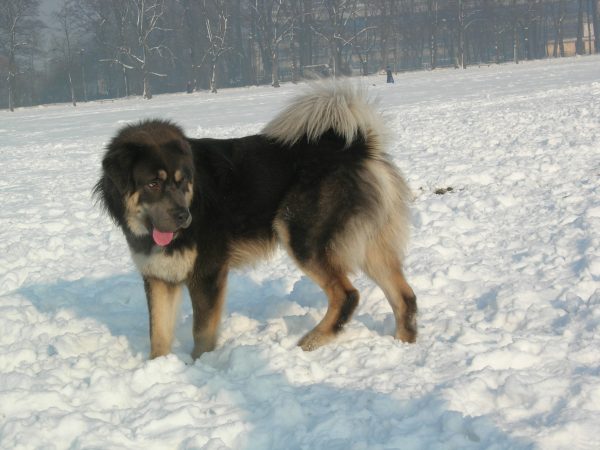 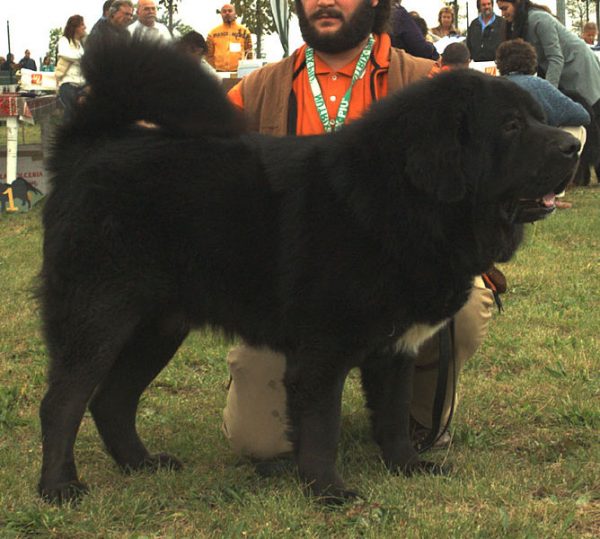