Each year in Lopburi, Thailand, an event called the Monkey Buffet Festival takes place. And as its name suggests, during the festival residents offer more than four and a half tons of fruits, vegetables, and candies to the monkeys living around the ancient temple of Phra Prang Sam Yot.

Historians trace the origins of Lopburi’s monkeys back to the Ramayana, an ancient Sanskrit story. In the tale, a heroic monkey with human abilities rescues a bride-to-be from a ten-headed demon. That monkey is said to have founded Lopburi, leading residents to believe that their current monkey neighbors are direct descendants of his bloodline.

Today, more than 3,000 monkeys live side-by-side with humans in the area. Locals typically regard the monkeys as cellphone-snatching nuisances, but every year around the end of November, they decide to spoil these mischievous creatures.

And that mischief is good for everyone. After all, the monkeys provide a major source of tourism for the city.

Each year since, residents distribute invitations — attached to cashew nuts, of course — to the primate guests of honor in the week leading up to the festival, while chefs prepare an exclusively vegetarian menu consisting of sticky white rice, fruit salad, and a traditional Thai dessert made from egg yolk called Thong yod for the monkeys. 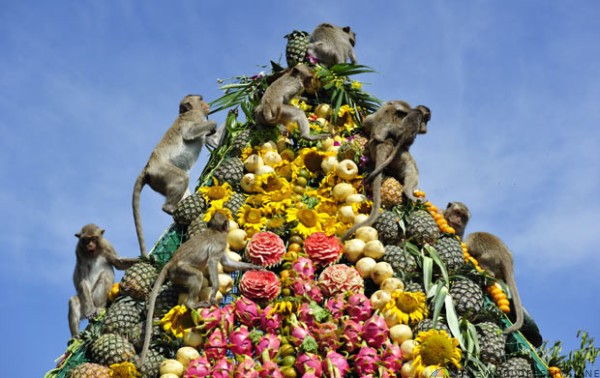 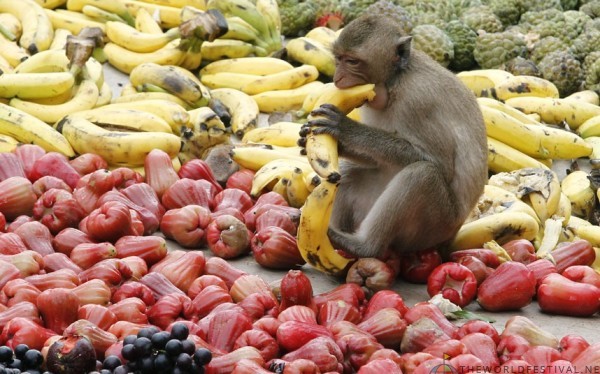 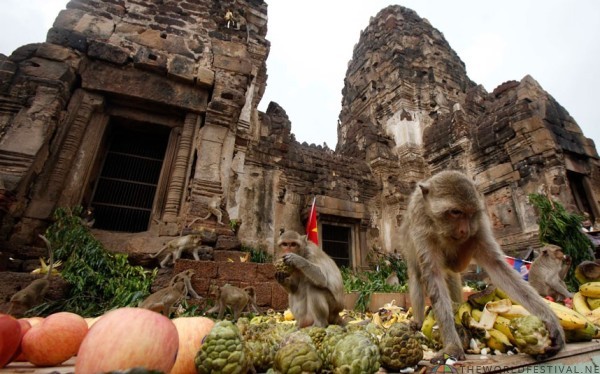 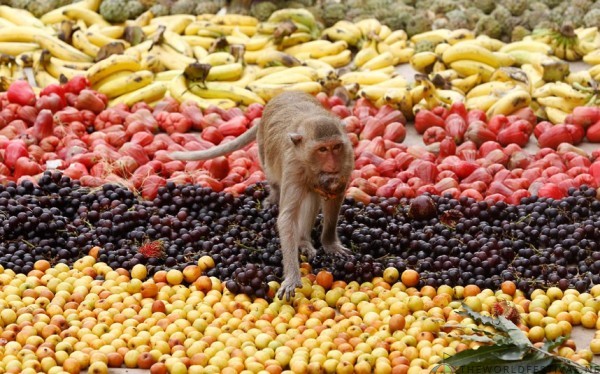