Thousands of skeletons were dug up from Roman catacombs in the 16th century and installed in towns around Germany, Austria and Switzerland on the orders of the Vatican. This is a macabre collection. 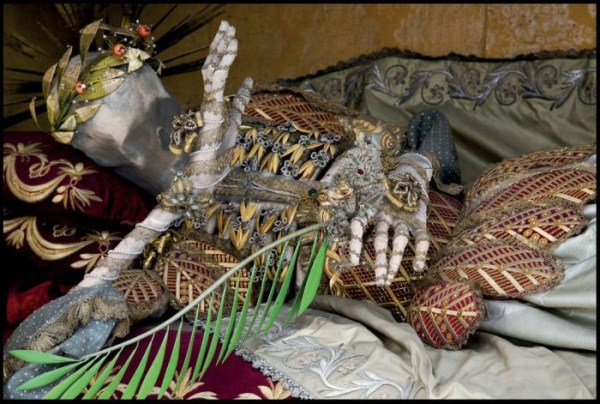 The Empire Of Death – Art In Human Bone

The episode introduces us to Paul Koudounaris who traveled the world in search of ossuaries and charnel houses. He managed to find more than 70 of these wonderfully elaborate houses of death and photographed them for his book The Empire Of Death. Its a travelogue for the macabre and the curious – but – as a catholic with a great aapreciation for the veneration of the dead – i think its much more than that as Paul will explain.