Chuuk Lagoon (formerly known as Truk Lagoon) was Imperial Japan’s main naval base in the South Pacific theater of WW2. In 1944Operation Hailstone was launched by the United States – during which 12 Japanese warships, 32 merchant ships and 249 aircraft were destroyed. Today the lagoon attracts divers from all around the world to experience some of the best wreck diving that can be found on earth. The relatively shallow waters and the vast amount of wrecks are the main factors in this being one of the best spots for wreck divers. 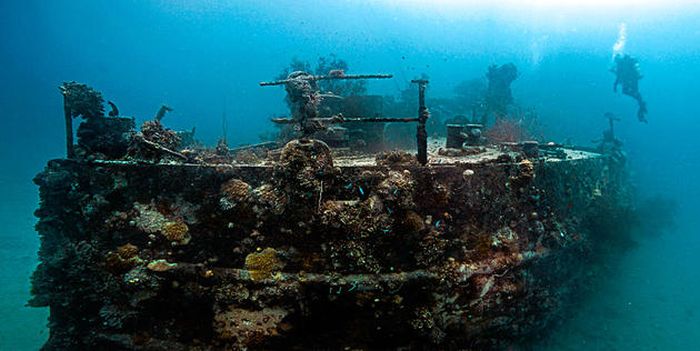