The story will focus on the two hydropower plants – and Gergebilskaya Gunibsk that are built one after the other on the river Karakoysu. 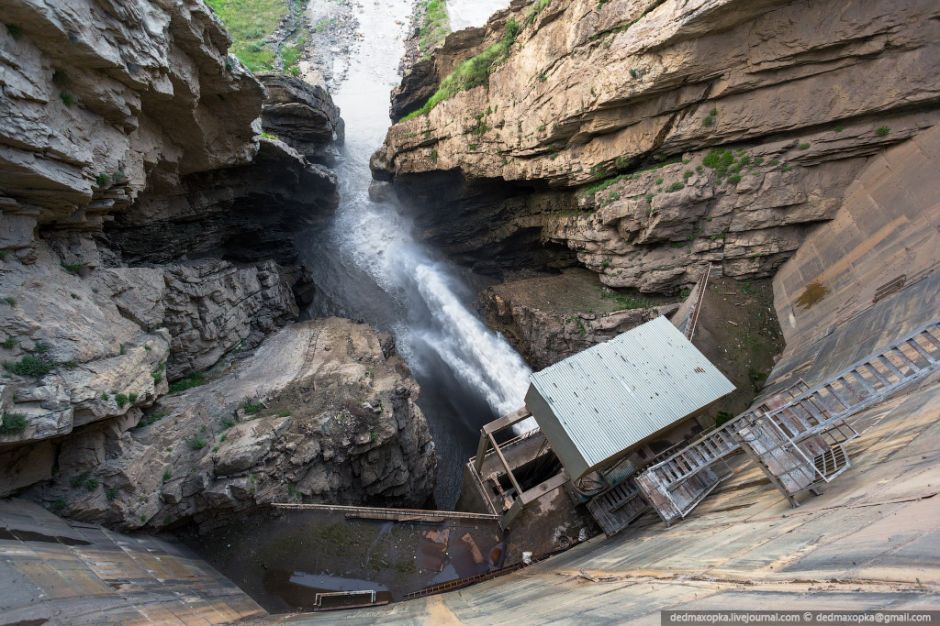 What is a small hydro?

Small hydropower plants in Russia is considered to be less hydroelectric power 25-30 MW. At the moment in our country exploited the order of hundreds of power plants with total capacity of over 600 MW. Of these, about 30 MW was introduced over the past 15 years. Small hydro power plants can operate as a unified Russian energy system, and completely independently. Therefore, the owners can be: energy companies, various government / municipal agencies.

Small hydro – by far the most cost-effective solution to the energy problem for areas relating to areas of decentralized power, which account for over 70% of the territory of Russia.

The station is the oldest plant in Dagestan and one of the oldest in Russia. It was built as planned electrification. Construction of power plant began in 1930, largely ended in 1940. Hydropower facilities are located in a narrow and deep canyon in the mountain s.Kurmi, 5 km upstream from Karakoysu s.Gergebil.