What’s inside ammo? A cross-section of bullets by Sabine Pearlman (6 pictures)

Sabine Pearlman is an Austrian photographer currently based in Los Angeles, California. Educated at the Pratt institute, the Otis College of Art and Design and Santa Monica College, Pearlman’s series entitled, Ammo, has been sweeping across the Internet.

“This series of ammunition cross-sections was photographed inside a WWII bunker in Switzerland in October of 2012. The entire series consists of 900 specimen. I was originally intrigued by the ambiguous nature of the subject matter. The cross-sections reveal a hidden complexity and beauty of form, which stands in vast contrast to the destructive purpose of the object. It’s a representation of the evil and the beautiful, a reflection of the human condition.”

The ammunition was cut by a munitions specialist, who created a technique to defuse the rounds and cut them in half. 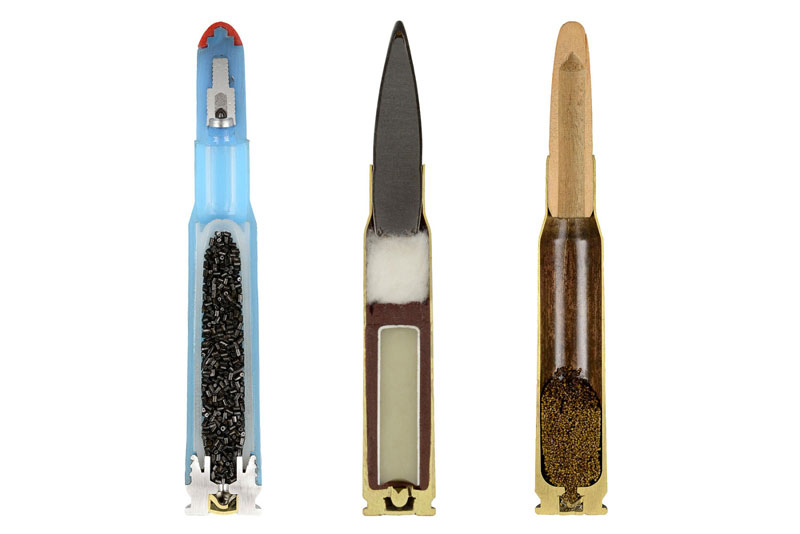