Nick Newell (born on March 17, 1986 in Milford, Connecticut) is an American mixed martial artist, who fights at lightweight.[1] He is well known for being a one-armed fighter, with his left arm ending just after the elbow, meaning he has no left hand and does not have most of his left forearm. As of August 2013 Newell remains undefeated.

From birth, Newell had a left arm that stopped past the elbow because of a condition called congenital amputation. But he adapted with his one arm, going into his high school wrestling team. He thought about quitting after his very first session because it was ‘the hardest thing I had done in my life’ as he says, but his mother did not allow him, and instead he worked hard from then on.

Newell has over 300 victories between high school and college in wrestling.

His roommate in college was current WWE superstar Curt Hawkins. They would watch The Ultimate Fighter, which was on the same channel right after WWE Raw, and Newell has said this is what inspired him to take up MMA.

Before turning professional, he amassed an amateur record of 2 wins, 1 loss. He describes his early MMA career as a struggle, not because he could not win (he is currently undefeated), but because other fighters did not want to fight a one armed fighter. The opponents who have turned down a fight against him felt that it would be a lose-lose situation for them, as if they won, they just beat a one armed fighter, and if they lost they lost to a fighter with only one arm. One fighter did not even show up at the weigh-ins because he did not want to fight him. This became a bit of a struggle for Newell to find good opponents for the number of fights he’d like to have. [source] 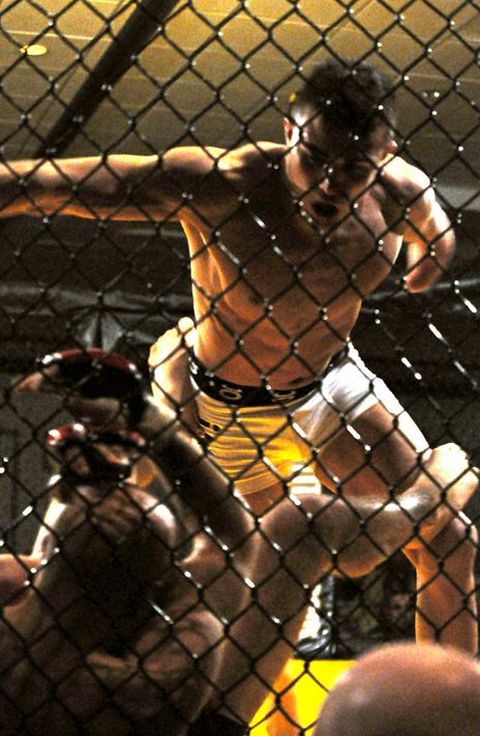