For more than two decades Stephen Wilkes has been widely recognized for his fine art and commercial photography. With numerous awards and honors, as well as five major exhibitions in the last five years Wilkes has left an impression on the world of photography. Over the years, Wilkes’ photographs can be found in magazines such as Vanity Fair, Sports Illustrated, Time, Life Magazine, and The New York Times Magazine. His work on Ellis Island and his Burnt Object series were also featured in The New York Times Magazine as an artist showcase. He has been praised numerous times by the photographic and design industry with several awards including the Alfred Eisenstaedt Award for Magazine Photography, Photographer of the Year in Adweek Magazine, as well as honors in Graphis Magazine and Communication Arts.

Stephen Wilkes takes the ‘time lapse’ to a new level using photography instead of video. He spent roughly 15 hours per day photographing cities from New York to Shanghai elongating one of our favorite photo series’,  ”Day to Night”. 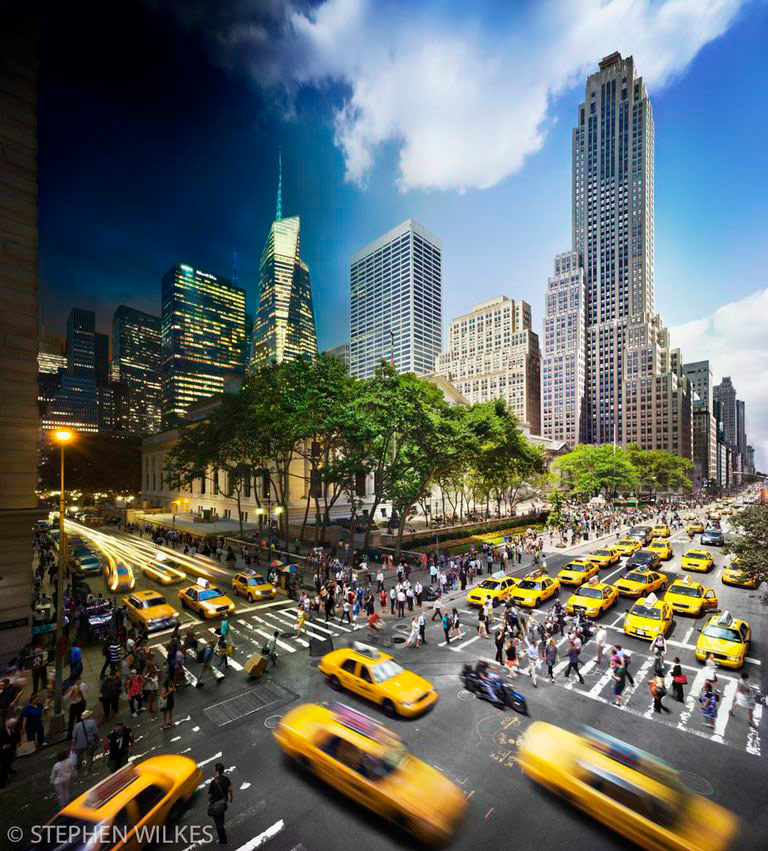