The Perseid meteor shower has been observed for about 2,000 years, with the earliest information on this meteor shower coming from the Far East. Some Catholics refer to the Perseids as the “tears of St. Lawrence”, since 10 August is the date of that saint’s martyrdom.

The shower is visible from mid-July each year, with the peak in activity being between 9 and 14 August, depending on the particular location of the stream. During the peak, the rate of meteors reaches 60 or more per hour. They can be seen all across the sky, but because of the path of Swift-Tuttle’s orbit, Perseids are primarily visible in the northern hemisphere. As with all meteor showers, the rate is greatest in the pre-dawn hours, since the side of the Earth nearest to turning into the sun scoops up more meteors as the Earth moves through space. Most Perseids disappear while at heights above 80 kilometres (50 mi). [source]

If you live in a location with extreme light pollution and can’t get a glimpse of the shower here is what you’re missing. 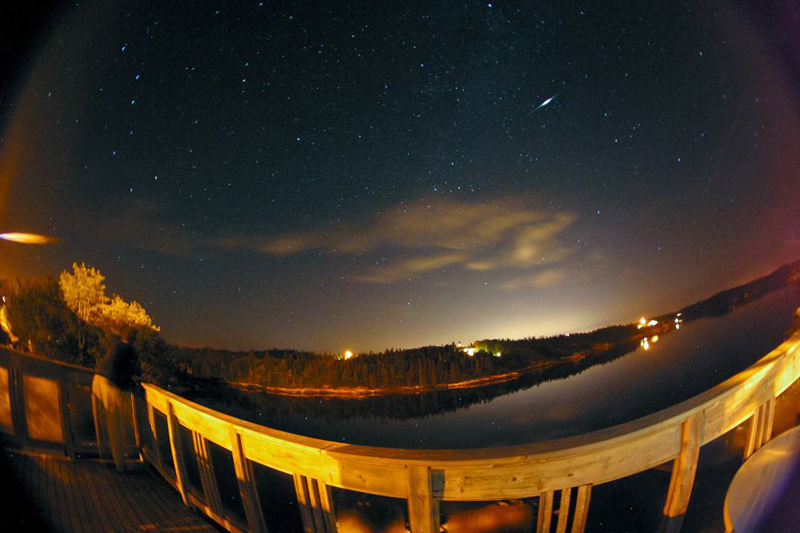