Flight of the Devil Rays 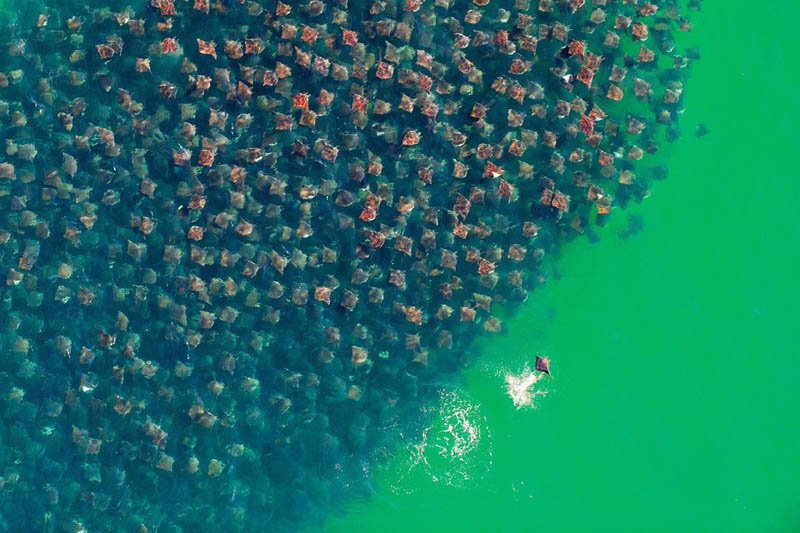 The phenomenal picture above was taken in 2009 in the Sea of Cortez off the coast of Baja California in Mexico. It was the winner of ‘Underwater World’ category at the 2010 Environment Photographer of the Year awards organized by CIWEM.

German photographer Florian Schulz said the scope of the ray congregations was unknown until he and a pilot happened upon the gathering while searching for migrating whales. The International Union for Conservation of Nature lists Munk’s devil rays as near threatened, due in part to their vulnerability to gill nets—hard-to-see “curtains” of netting. [Source:National Geographic]