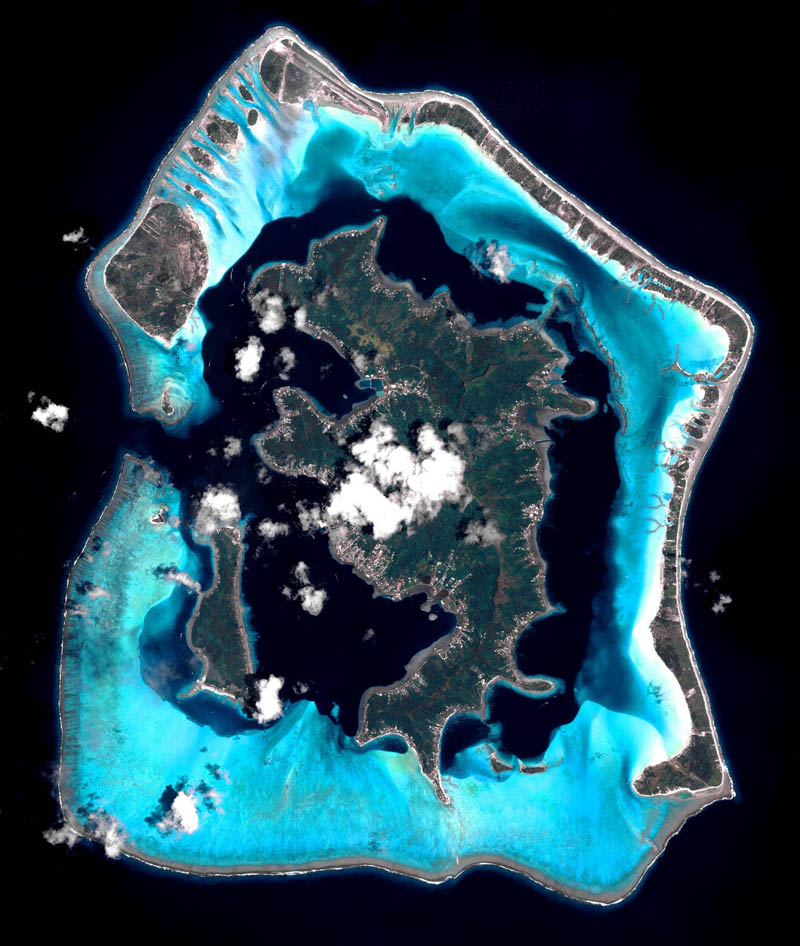 This dramatic aerial photograph of Bora Bora was taken by France and Italy’s recently launched Pleidades-HR Satellite in January of 2012. The satellite orbits the Earth at an altitude of 694 km (431 miles). Pleiades is made of two “small satellites” (mass of one ton) offering a spatial resolution at nadir of 0.7 m and a field of view of 20 km. [Source]

Bora Bora is an island in the Leeward group of the Society Islands of French Polynesia, an overseas collectivity of France in the Pacific Ocean. The island, located about 230 kilometres (140 mi) northwest of Papeete, is surrounded by a lagoon and a barrier reef. In the center of the island are the remnants of an extinct volcano rising to two peaks, Mount Pahia and Mount Otemanu, the highest point at 727 metres (2,385 ft).

Bora Bora is a major international tourist destination, famous for its aqua-centric luxury resorts. The island is served by Bora Bora Airport on Motu Mete in the north, with Air Tahiti providing daily flights to and from Papeete on Tahiti. The major settlement, Vaitape is on the western side of the main island, opposite the main channel into the lagoon. According to a census performed in 2008, the permanent population of Bora Bora is 8,880. [Source]