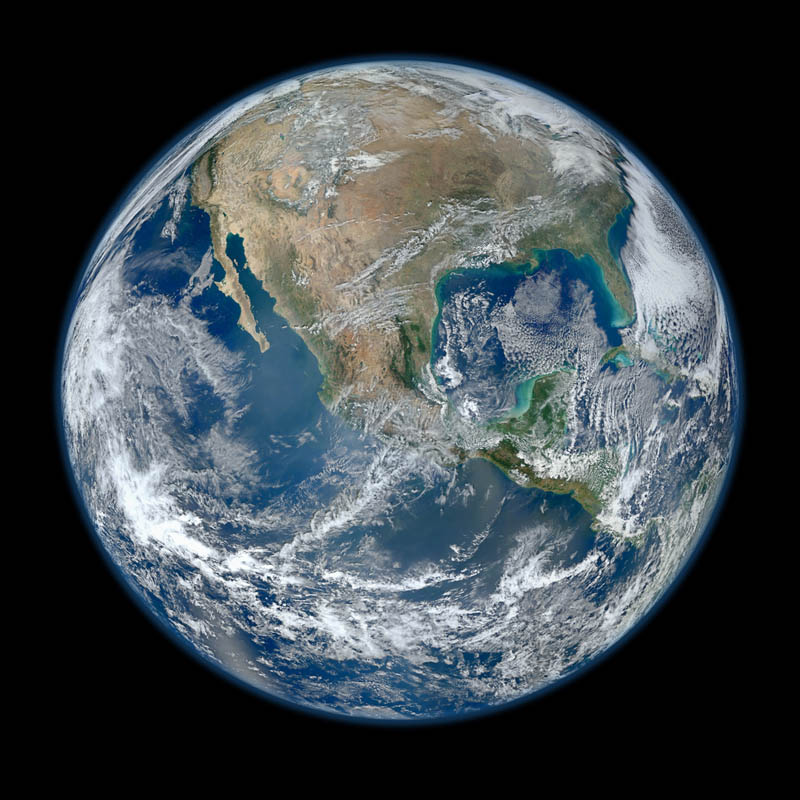 NASA has proclaimed this image the most amazing high definition image of Earth ever. To see the colossal-super-mega high-resolution image, click here (it’s 8000px x 8000px and 16.4mb).

This ‘Blue Marble’ image of the Earth was taken from the VIIRS instrument aboard NASA’s most recently launched Earth-observing satellite – Suomi NPP. This composite image uses a number of swaths of the Earth’s surface taken on January 4, 2012. The NPP satellite was renamed ‘Suomi NPP’ on January 24, 2012 to honor the late Verner E. Suomi of the University of Wisconsin.

Suomi NPP is NASA’s next Earth-observing research satellite. It is the first of a new generation of satellites that will observe many facets of our changing Earth. Suomi NPP is carrying five instruments on board. The biggest and most important instrument is The Visible/Infrared Imager Radiometer Suite or VIIRS. To read more about NASA’s Suomi NPP go to: npp.gsfc.nasa.gov/index.html

For all the haters online complaining about how the views of Planet Earth are typically ‘North American Centric’, check out the view of Earth below, also from NASA 🙂