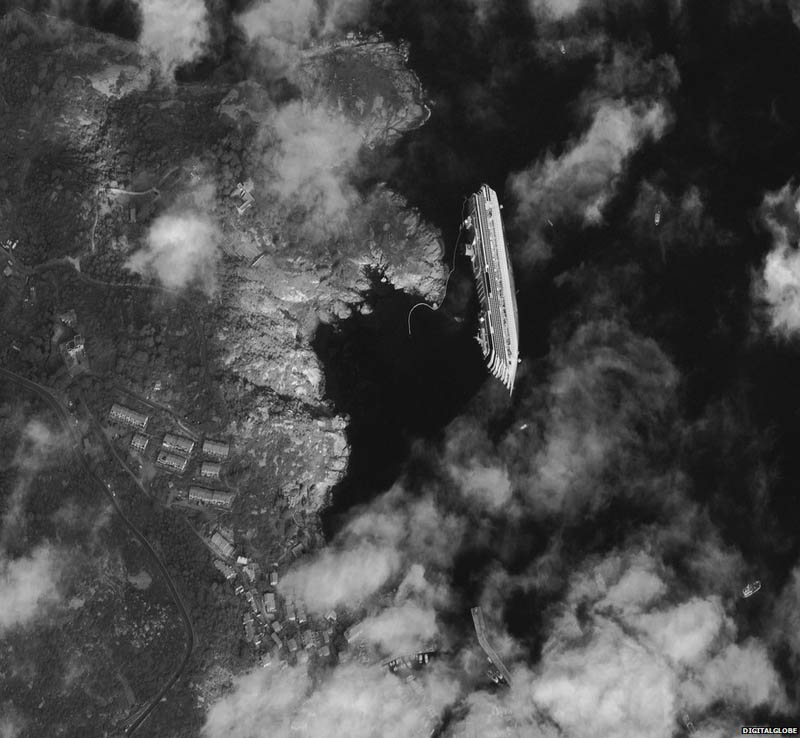 In this startling satellite image by DigitalGlobe, the capsized cruise ship Costa Concordia can be seen near the island of Giglio in Italy on January 17, 2012. As of today, search has been suspended after the ship slipped. Twenty-three people are still missing and 11 and confirmed dead after the ship crashed into rocks on Friday.

Captain Francesco Schettino is under house arrest, accused of causing the crash. Prosecutors have also accused him of fleeing the Costa Concordia before evacuation was complete. The ship, carrying 4,200 passengers and crew, had its hull ripped open when it hit rocks late on Friday, just hours into a Mediterranean cruise. [Source]