Nothing is as it Seems: The Art of Illusion at Science Gallery (17 pictures + 4 video bonus)

Illusions distort the senses and mystify our logical thinking. The human mind can be easily fooled. This exhibition joins magic with psychology, optical illusions with scientific reasoning and confusion with clarity. 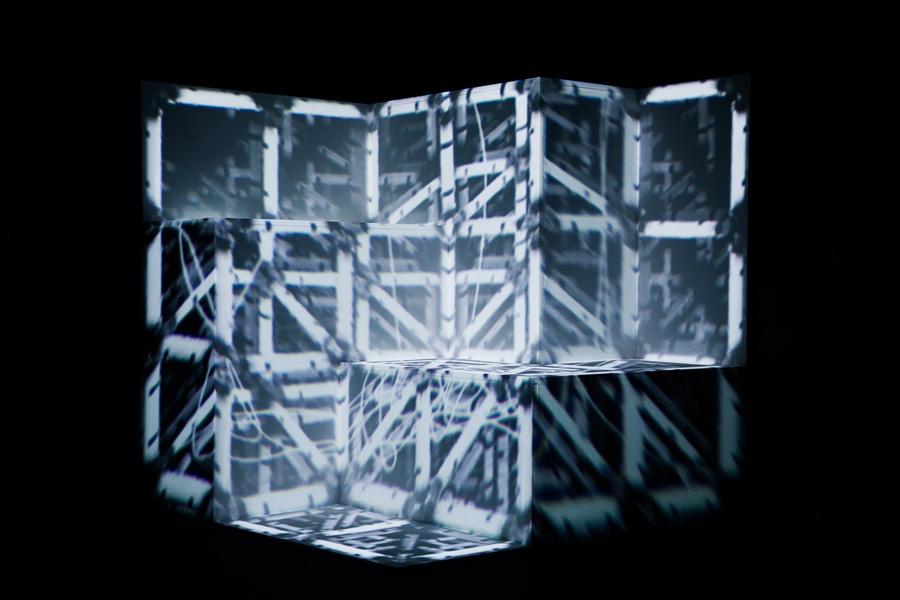 What is Science Gallery International?

Their mission is to ignite creativity and discovery where science and art collide, through the development of an international network of science engagement activities inspiring young adults through exhibitions, educational workshops, training programmes and public events.

n the gallery, a wire rack of vintage oilcans sits. One has a visible fissure out of which oil slowly flows, cascading onto the pedestal and the gallery floor. The only thing is, upon close inspection the oil isn’t flowing out of the can. Instead, oil appears to slowly flow, drop-by-drop, back into the can. At times the drops of oil seem to hover unsupported in mid-air. At other times, the drops are in the process of a reverse slow motion splash onto the pedestal. This is Supermajor by Matt Kenyon.

Taking on the visual illusion known as persistence of vision, Die Falle (German for ‘The Trap’) by Gregory Barsamian, is a large-scale zoetrope of a man’s dream-time reality. A zoetrope is a 19th century optical device that uses images and rotation to create the impression of animation. This piece explores the theories of dreams and the unconscious by replacing images with sculpture, creating a dream world that melds art, science and technology into a shadowy realm.

Made of optic fibres, Columba by Roseline de Thelin (FR) combines the use of digital technology with craftsmanship. COLUMBA was initially created digitally as a three-dimensional mapping and then carved by hand into thousands of light points across hundreds of optic fibers. The empty space between the points of light create a ‘loose definition effect’ that pushes the viewer to fill in the gaps similar to the ‘persistence of vision’ process. The viewer participates with the work and co-creates the three-dimensional image of the figure. This unconscious act generates the sensation of discovery.