A gallery of some of the greatest pictures made during World War II, a global conflict that resulted in more deaths than any other war. 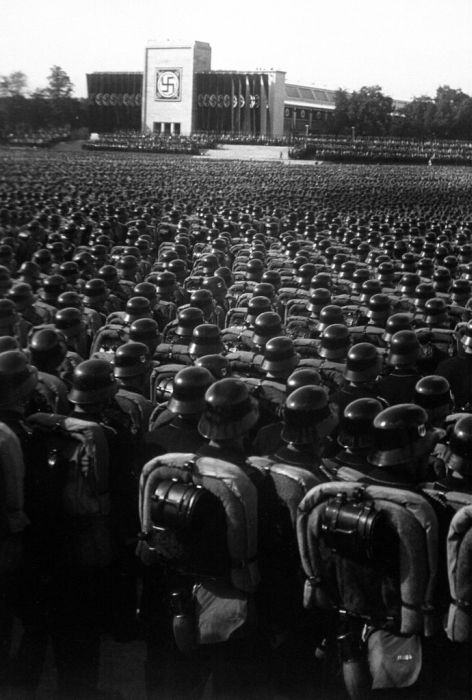 Buna Beach, New Guinea February 1943. The first picture of American Casualties to ever be shown in the newspaper back in the States.

Pilot sits on a Curtiss p-40

RAF Pilot gets a haircut

The battle of Britain

Hitler and officers in Paris

Goering at the Nuremberg Trials

World War II was a global war that lasted from 1939 to 1945. It involved the vast majority of the world’s nations—including all of the great powers—eventually forming two opposingmilitary alliances: the Allies and the Axis. It was the most widespread war in history, with more than 100 million people, from over 30 different countries, serving in military units. In a state of “total war”, the major participants threw their entire economic, industrial, and scientific capabilities behind the war effort, erasing the distinction between civilian and military resources. Marked by mass deaths of civilians, including the Holocaust and the only use of nuclear weapons in warfare, it resulted in an estimated 50 million to 85 million fatalities. These made World War II the deadliest conflict in human history. [source]