Greg Girard is a Canadian photographer who has spent much of his career in Asia. His work examines the social and physical transformations taking place throughout the region. He is represented by Monte Clark Gallery (Vancouver/Toronto) and also works on assignment for publications such as National Geographic Magazine.

These photographs were made on Greg’s first trip to Berlin in Oct 1989. He has seen photographs of the Berlin Wall, but he wanted to make his own pictures of it, preferably at night. For decades the wall had been a feature of the Berlin landscape, but for a visitor it was breathtaking to experience first hand the ultimate symbol and full reality of that divided city. In that first week of October 1989 there was no indication that in less than 4 weeks East Germany and the Soviet Union would start to collapse. At the time it was like photographing the Great Wall or the Pyramids: a faded but still potent monument that wasn’t expected to disappear anytime soon. 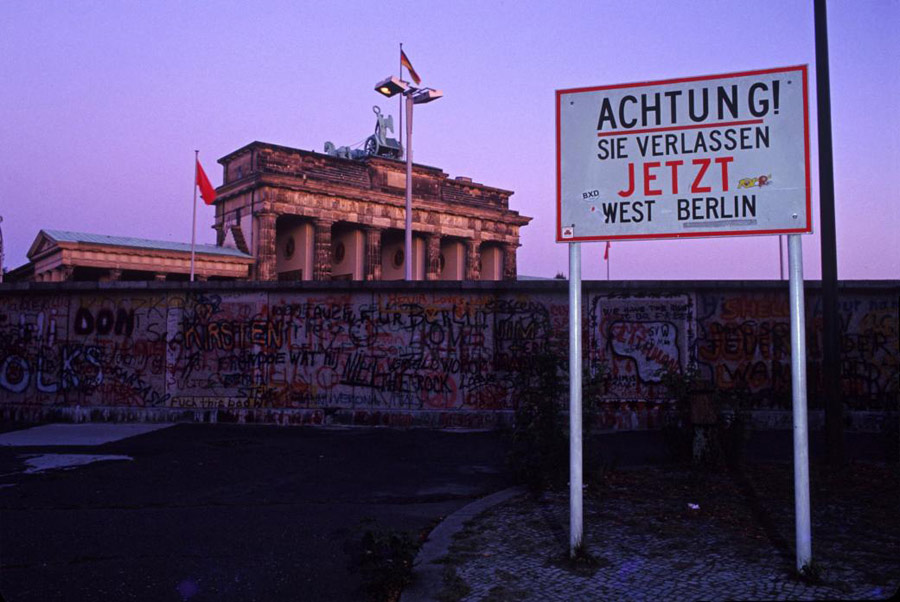