Greg Girard is a Canadian photographer who has spent much of his career in Asia. His work examines the social and physical transformations taking place throughout the region.

He is represented by Monte Clark Gallery (Vancouver/Toronto) and also works on assignment for publications such as National Geographic Magazine.

Kowloon Walled City was a densely populated, largely ungoverned settlement in Kowloon, Hong Kong. Originally a Chinese military fort, the Walled City became an enclave after the New Territories were leased to Britain in 1898. Its population increased dramatically following the Japanese occupation of Hong Kong during World War II. In 1987, the Walled City contained 33,000 residents within its 6.5-acre (0.026 km2; 0.0102 sq mi) borders. From the 1950s to the 1970s, it was controlled by Triads and had high rates of prostitution, gambling, and drug use.

In January 1987, the Hong Kong government announced plans to demolish the Walled City. After an arduouseviction process, demolition began in March 1993 and was completed in April 1994. [source] 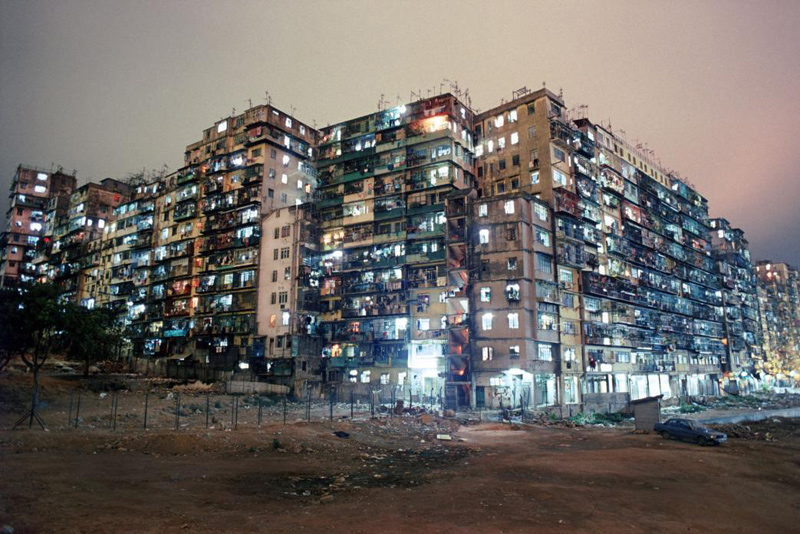