Dina is a conceptual artist with a background in documentary photography.  She creates visual series that place the mundane and everyday in unusual settings to inspire insight into the human condition.

“Fallen Princesses” is an ironic look at children’s parables, from Grimm fairy tales to Walt Disney. By placing iconic characters such as Little Red Riding Hood or Snow White in modern situations, the series became a commentary on such everyday scourges as poverty, obesity, cancer and pollution.

“In the Dollhouse” is a series that plays out as a narrative, peeking into the home and marriage of the world’s most iconic dolls, Barbie, and her partner Ken. It offers a profound commentary on the transient nature of beauty, the difficulty of marriage and the importance of authenticity.

These works have been recognized for their metaphorical and ironical messages, which transcends cultural borders and have sparked much conversation and accolades from academics, editors and bloggers around the world.

What if these fairy-tales were continued past this line, and we could learn what actually happened to the beautiful princesses and their knights? Photographer Dina Goldstein imagines what their lives could’ve gone like in her award-winning “Fallen Princess” photos series.

If you like the series, you can order the Fallen Princesses Book. 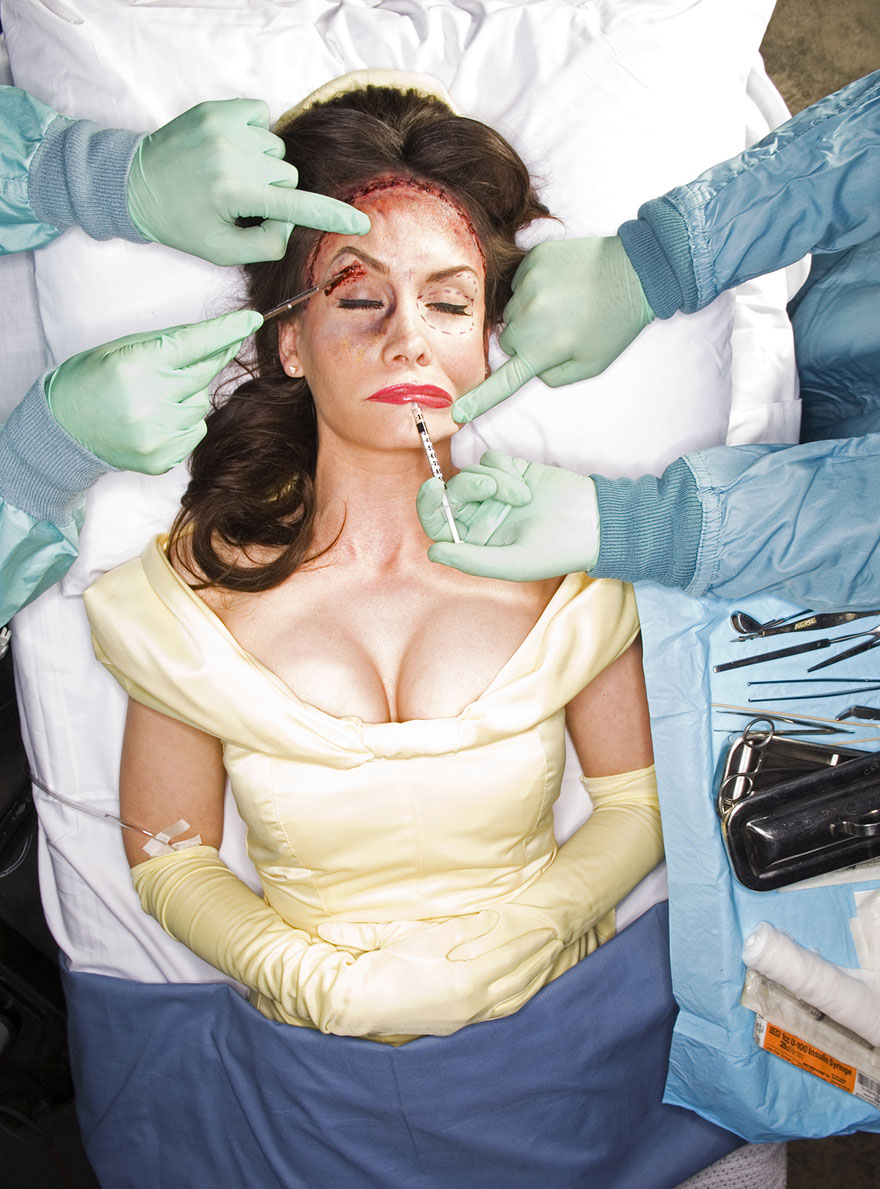